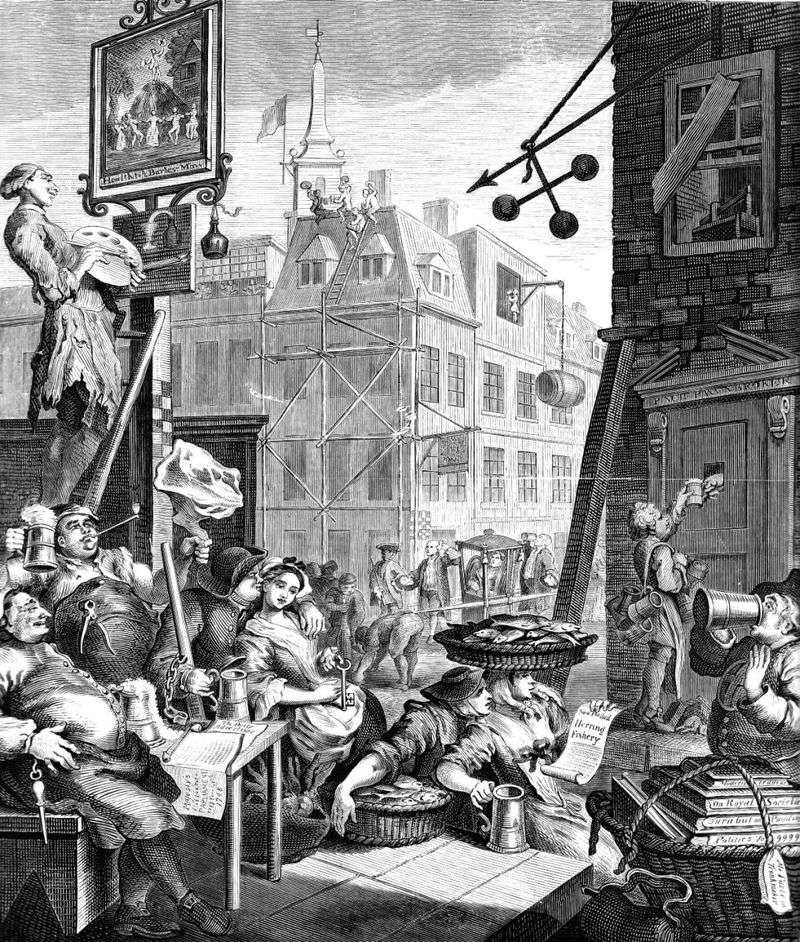 In the time of Hogarth, the engraving was considered a genre unworthy of a real artist, not an art, but a craft. Yes, and Hogarth for most of his life attributed the engraving to a rather profitable, rather than creative, and even engraving from some of his paintings did not himself, and entrusted them to engravers, as in the case of the series “Fashionable Marriage.”

Certain problems created a lack of education, because Hohart seriously only studied engraving on silver dishes, and later he did not have the patience to complete the full course of painting. In the process of work, he mastered some new techniques, and his best engravings were made in a mixed technique of etching and carving in copper. For the sake of commercial advantage, Hogarth preferred to sell his engravings, not individually, but in batches.

However, the artist created both large and small series or even individual engravings. Paired engravings “Jane’s Lane” and “Piva Street” are opposed to each other. The first says about the harm of cheap gin, which leads to poverty, disease and early death, and the second shows how useful is the English ale.