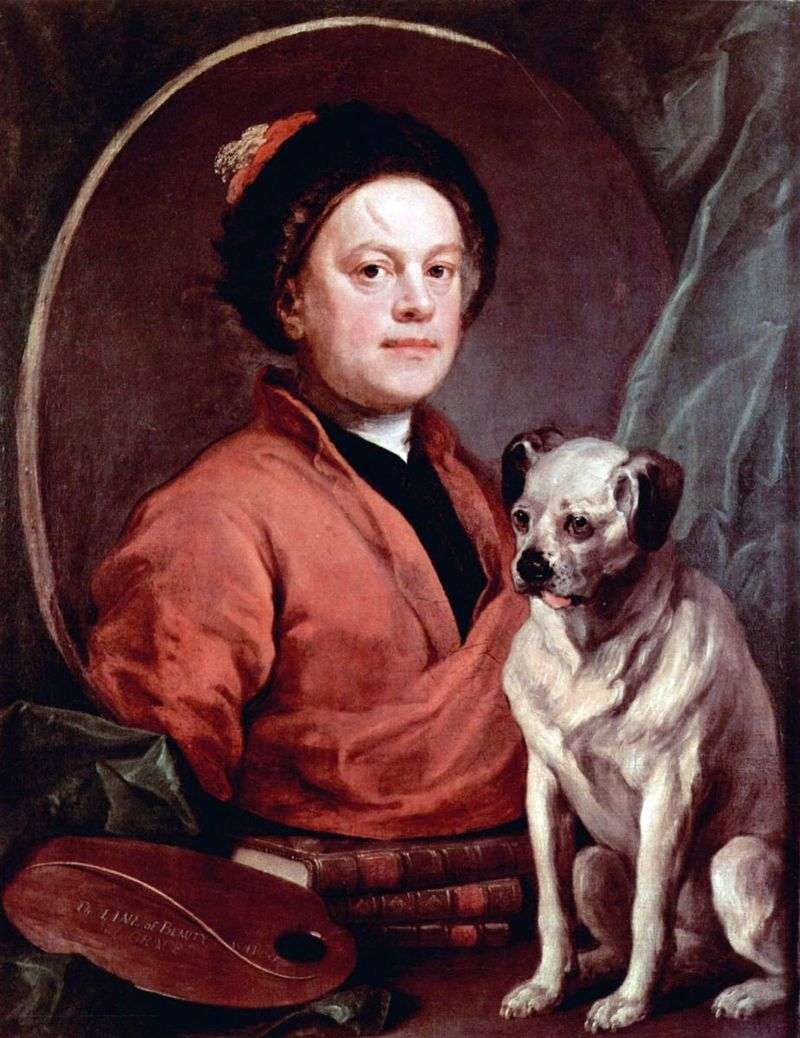 Often a self-portrait of an artist fulfills the function of a manifesto, which declares the author’s artistic program. Here Hogarth used a common baroque reception, framing his image with an additional frame. However, contrary to the typically baroque representation of a person with all regalia pointing to his social position, Hogarth portrayed himself in a home attire, without a wig, in the company of his Trump pug.

Thus, the artist wanted to say that for him it is more important not for the official status of a person, but for his private world, not for his role in society, but for his personality and character. The books depicted in the picture – the volumes of Shakespeare, Swift and Milton – demonstrate the artist’s dedication to English literature.