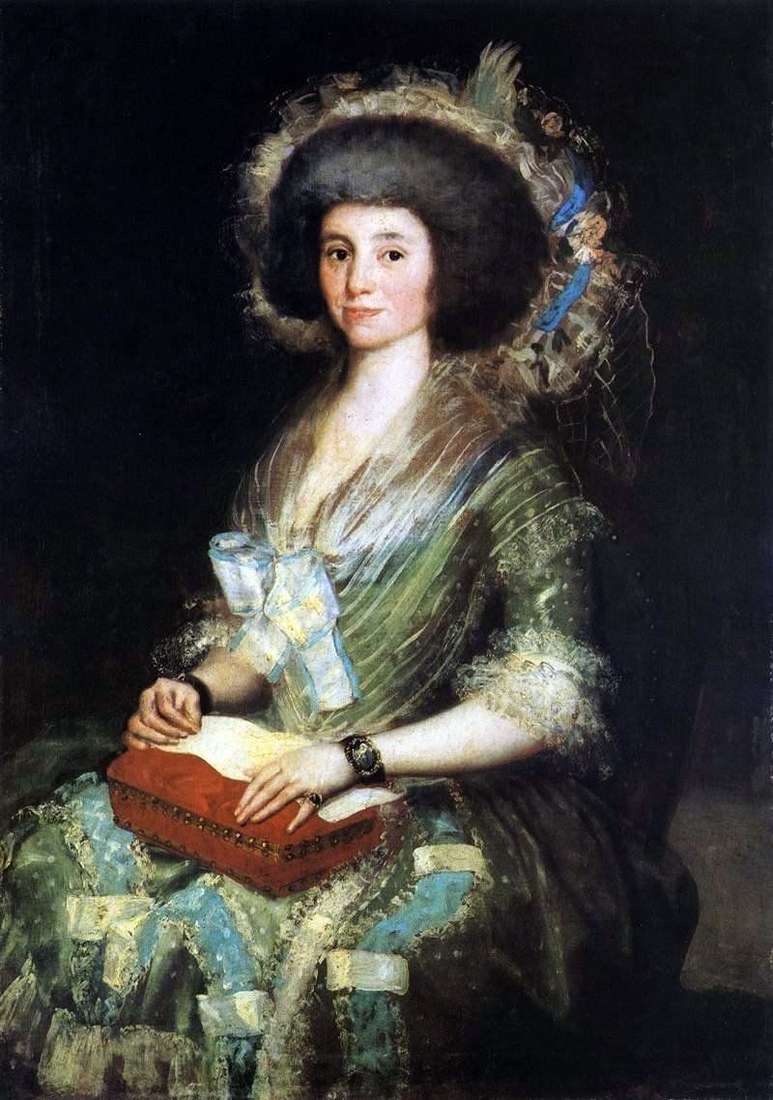 The canvas depicts the wife of a friend Goya, Miguel Bermudez – Lucia Bermudez. She is a very beautiful woman. In her mocking face was something mysterious, as if hidden by a mask. Far apart eyes under high eyebrows, large mouth with a thin upper and plump lower lip tightly compressed. The lady posed for the artist three times already, but the portrait, according to the artist, did not work. In any case, he could not catch that elusive, which makes the portrait alive and unique.

One day Goya saw Lucia as a guest. She wore a light, yellow dress with white lace. And he immediately wanted to write it, presenting it in a silver glow, seeing in it that elusively embarrassing, bottomless, then most important thing that was in it. And now he wrote it. And everything was as it should – and the face, and the body, and the pose, and the dress, and the background – everything was right. And yet it was nothing, the main thing was not enough – a shade, a trifle, but everything that was lacking solved everything. It has been a long time, and the artist has already despaired of finding this necessary.

And suddenly he remembered her as he had the first time. Suddenly he realized how to convey this shimmering, iridescent, flowing silvery-gray scale, which opened to him then. It’s not the background, not the white lace on the yellow dress. This line needs to be softened, this one too, so that the tone of the body and the light that goes by the hand, from the person, play. A trifle, but in this trifle everything. Now everything turned out the way it should be.

The portrait was admired by everyone, he really liked his husband, Miguel. But most of all, it seems, he liked the most donje Lucia.