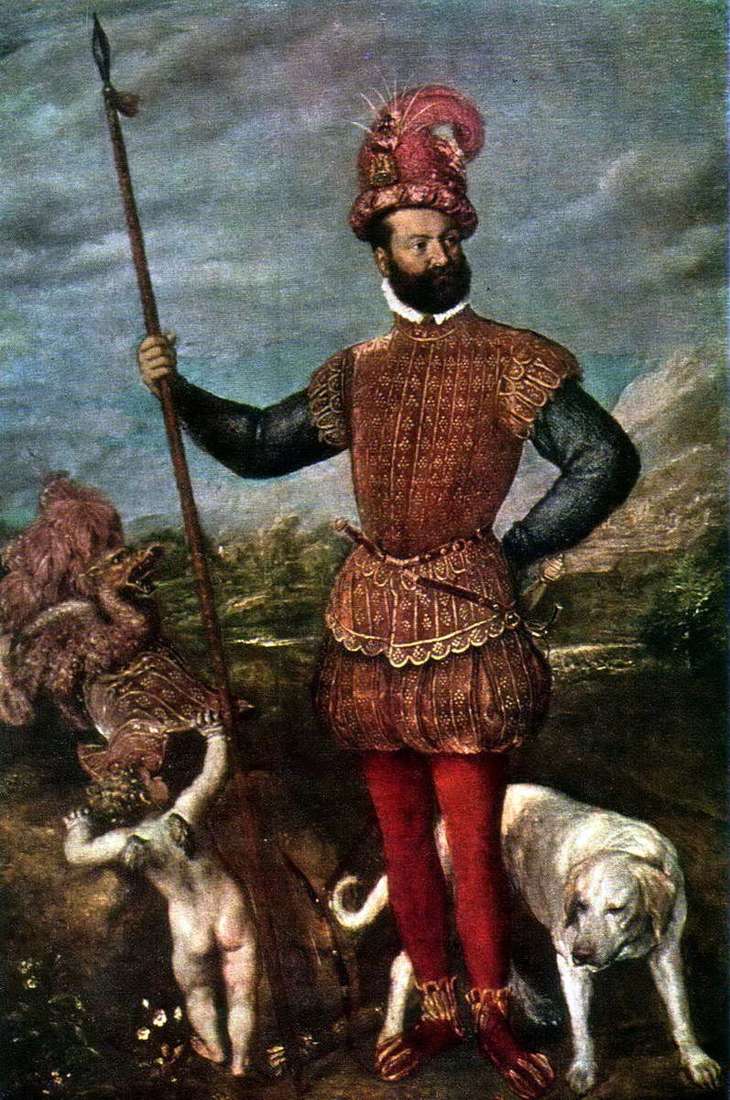 The fate of the portrait can be traced from the first half of the 18th century, when he was in French assemblies. In 1756, he was acquired by the founder of the gallery in Kassel by the Landgraf of Hessen, Wilhelm VIII. Usually the picture is identified with the portrait of Giovanni Francesco Aquaviva, duke Atri, mentioned in 1552 in one of Aretino’s letters.

Giovanni Francesco Aquaviva, a native of Naples, related by blood to the Aragonese dynasty, from his youth lived in exile at the French court and enjoyed the protection of French kings. In 1547-1548 he visited Rome, perhaps later visited Venice. However, the question of who is portrayed in the portrait is not finally resolved, since the authentic images of Duke Atri, with the exception of medals, have not been preserved, and the triumphal nature of the portrait is little consistent with what is known about the portrayed