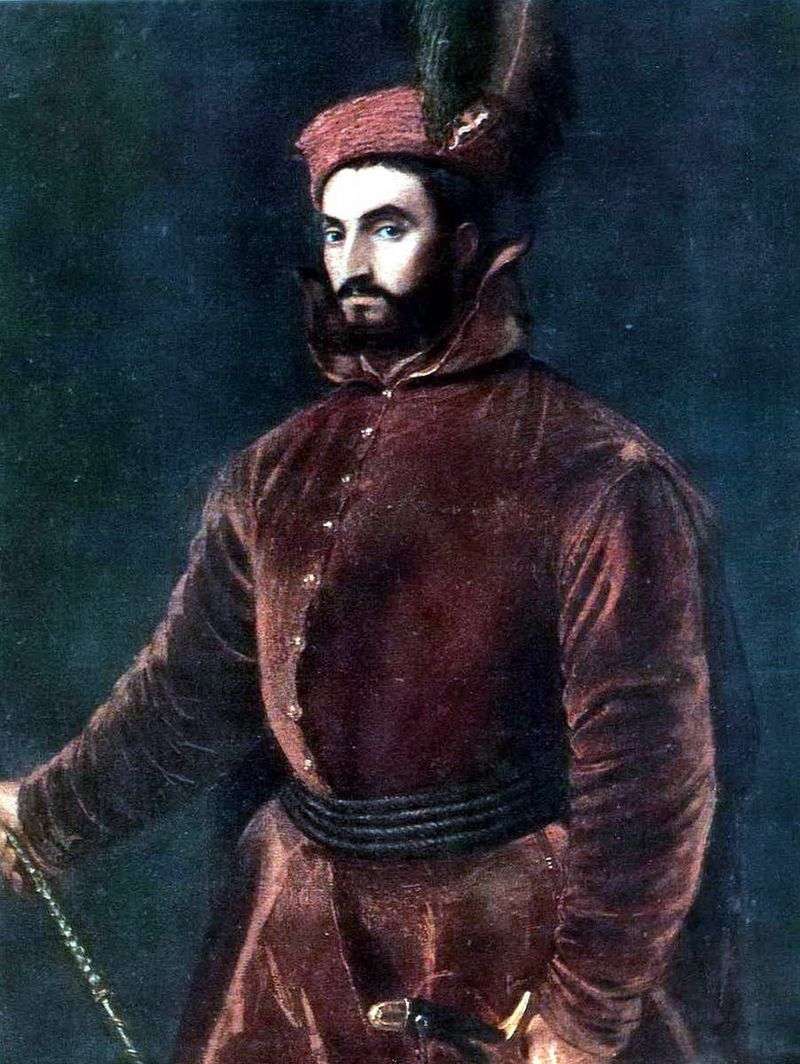 Ippolito de ‘Medici is the illegitimate son of Giuliano de’ Medici, Duke of Nemours. In 1529, Pope Clement VII of the Medici made him a cardinal. According to Vasari, Ippolito Medici, the former commander of the Hungarian troops of Emperor Charles V, introduced in 1530 Titian Charles V in Bologna.

The portrait of Ippolito de ‘Medici was written by Titian also in Bologna in 1533. Ippolito is depicted in a Hungarian suit. After the death of Ippolito in 1535 at the age of 24 his portrait moved to the Florentine collections of the Medici