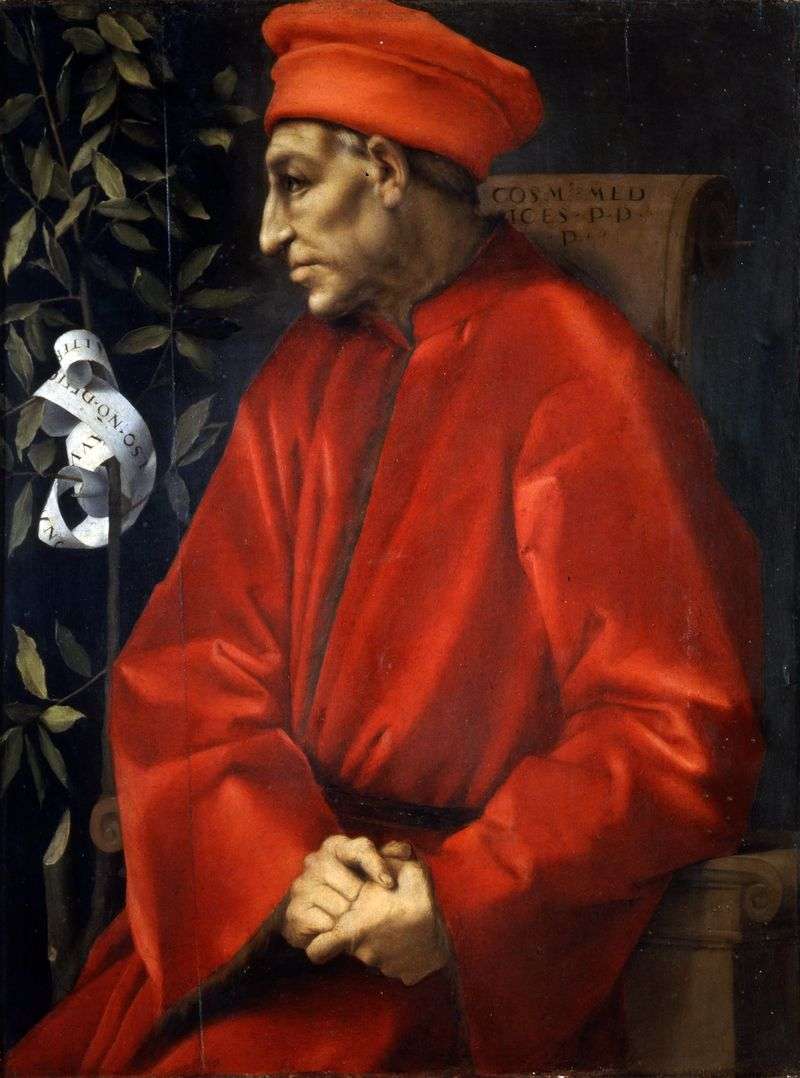 In this early work of Jacopo Pontormo there are already signs of Mannerism, one of the founders of which he will become. It is the manner of the image, that is, how it is written, attracted the artist. The portrait of Cosimo the Elder Medici was created more than half a century after the founder of the Medici dynasty, banker and merchant who became the ruler of Florence, passed away.

In the posthumous depiction of a man, the master could give himself some will. Ordered a portrait of the Secretary of the Duke of Urbina Lorenzo Medici, one of the descendants of Cosimo, probably to the birth of his son. Cosimo sits in an armchair, in front of him is a branch of a laurel tree, the emblem of a family, around which there is a paper ribbon with verses from Virgil’s 3 Neida.

In the leaned-down, thin figure depicted and his face one feels tired from his stormy years, his wrists are compressed, as is used to command and not wishing to give up power. Cosimo’s red robe, standing out against a dark background, brings an alarming note to the canvas and conveys drama, which marks the human condition.