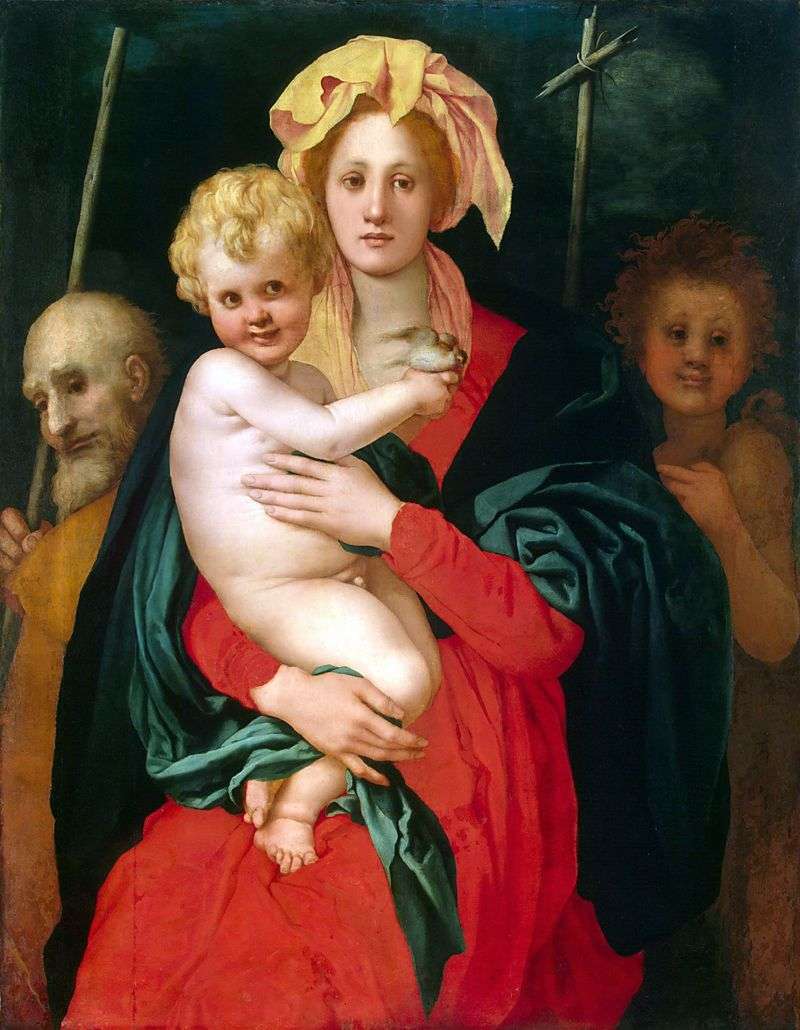 The period of active creativity Jacopo Pontormo came during the crisis of the Florentine-Roman High Renaissance. The artist became one of the creators of the style of early Mannerism, evolved in the art of Italy at the turn of the 1510-1520s.

In his early work, Pontormo still kept in touch with the artistic principles of the High Renaissance, but at the turn of the 1520s he began to develop a new style – colder and more refined, with clear patterns and transparent shadows, using color contrasts and wavelike rhythms.

The works of this direction include the Madonna and Child, St. Joseph and John the Baptist, stylistically close to even later works. The break with the traditions of the High Renaissance occurs in the artist’s work in the mid-1520s, after he created the fresco cycle Passion of the Christ, executed under the influence of A. Dürer’s engravings. According to Vasari, the last decades of Pontormo’s life were marred by mental crisis and painful loneliness.

The artist lived in the same room of his own house, which he fell through the window along the stairs, lifting it behind him. Other famous works: “Woman’s Portrait”. 1530s Shtedelev Art Institute, Frankfurt; “Alessandro Medici”. OK. 1534-1535. Museum of Art, Philadelphia.