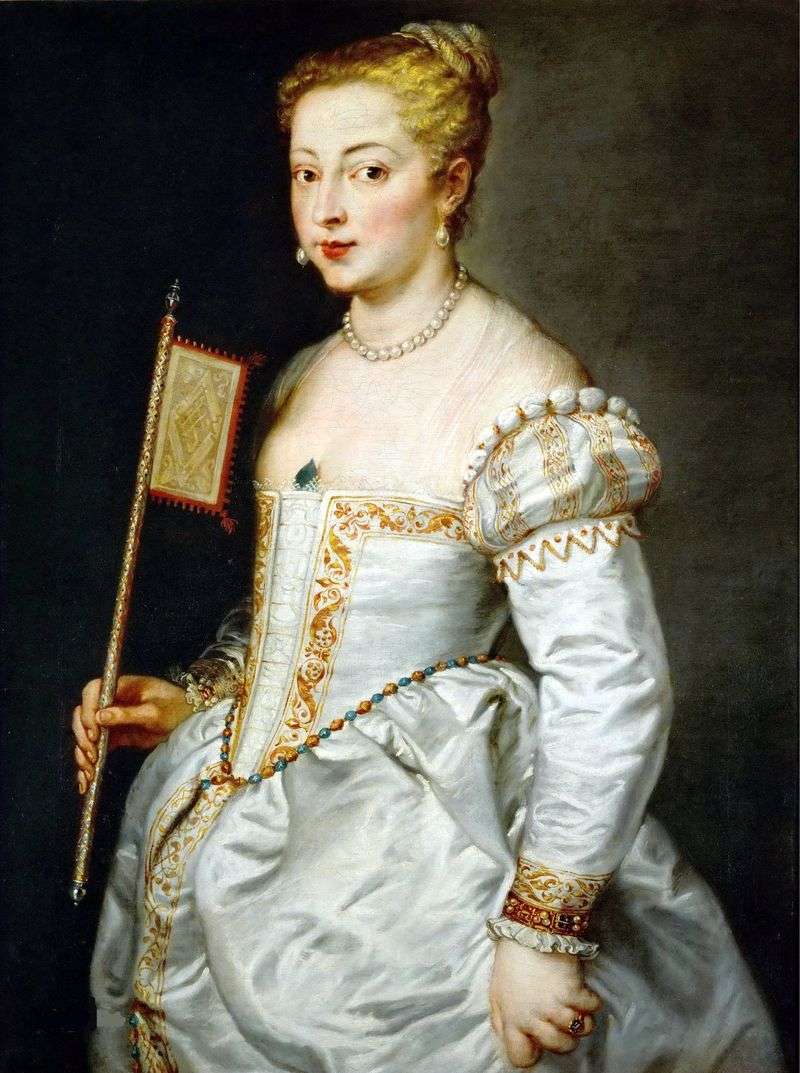 Titian wrote many portraits of crowned persons. It is impossible to imagine Philip II, Francis I, or the Pope of Rome III, other than what the master portrayed them. In the 1560s he began to write himself and his children.

It is believed that the model for this picture was the daughter of the artist, Lavinia, who was born after 1530. You can not judge portrait similarity, because other images of Lavinia are unknown. As for her attire, one can not help but admire the picturesque skill with which Titian conveyed the beauty and richness of the silk of the dress. It is obvious that the portrait presented is written with extraordinary love.

Since the characteristic feature of the appearance of the model is not only the White dress, but also the fan, the picture often appears with the name “Girl with a fan”.