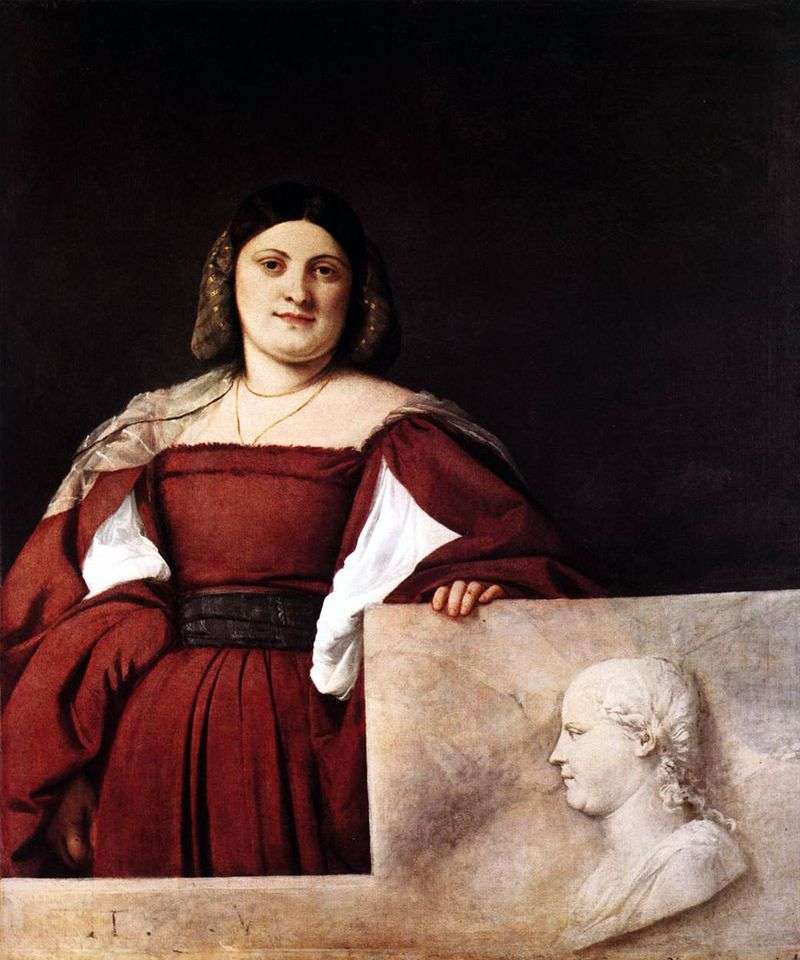 The name of the portrait of “Schiavone” is conditional. It comes from the Martinengo collection in Brescia, where it is mentioned in 1640. In 1900-1912 he was in the collection of Crespi in Milan, in 1914-1942 – in the meeting of Herbert Cook in Richmond. The London National Gallery was transferred in 1945 to the son of the last owner Francis Cook. G. Cook, like other researchers of Giorgione’s creativity, connected the portrait with the name of the latter.

At present, most specialists do not doubt the authorship of Titian, which became especially evident after the canvas cleaning in the National Gallery. So far, there has not been a convincing explanation for the unusual design of the portrait with a massive parapet decorated with a marble stela with a female profile carved out on it.

Perhaps he is the second portrait of a woman depicted on canvas. Radiography by X-ray showed that Tizian’s original design was different: on the substratum, instead of the stele with relief, a page figure is planned. The model of Titian is unknown, but it is certain that the woman depicted on the relief has a great portrait resemblance to the heroine of the Paduan fresco “Miracle with the Child”. Perhaps it came from the family of the guardians of the Padua Scuola del Santo