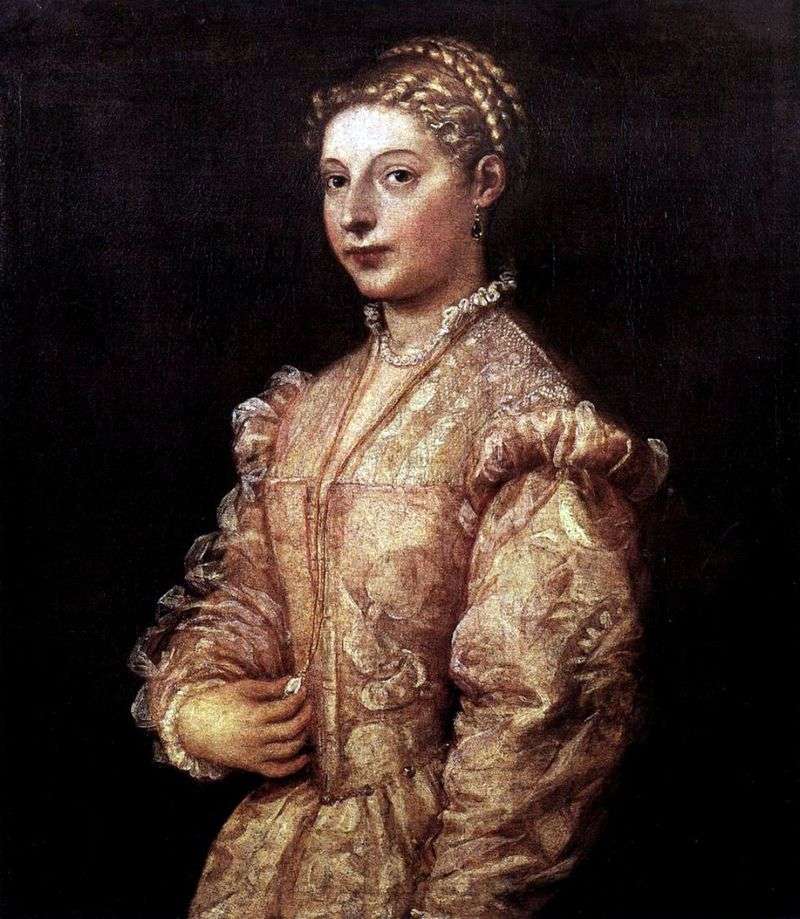 A young girl in this little picture was often identified as the daughter of Titian, Lavinia. But little, the facts confirming this, except for light hair.

Interpretation of the portrait, as the image of Clelia Farnese, which would imply that the painting was commissioned by a member of the family of Pope Paul III, is believed by few scientists. It was even contested whether this was Titian’s original work, or whether it was an imitation performed by another talented artist. What is unquestionable is that the picture, with a delightful gap of pale pink and light golden glare, would have been written by a member of the circle of Titian.