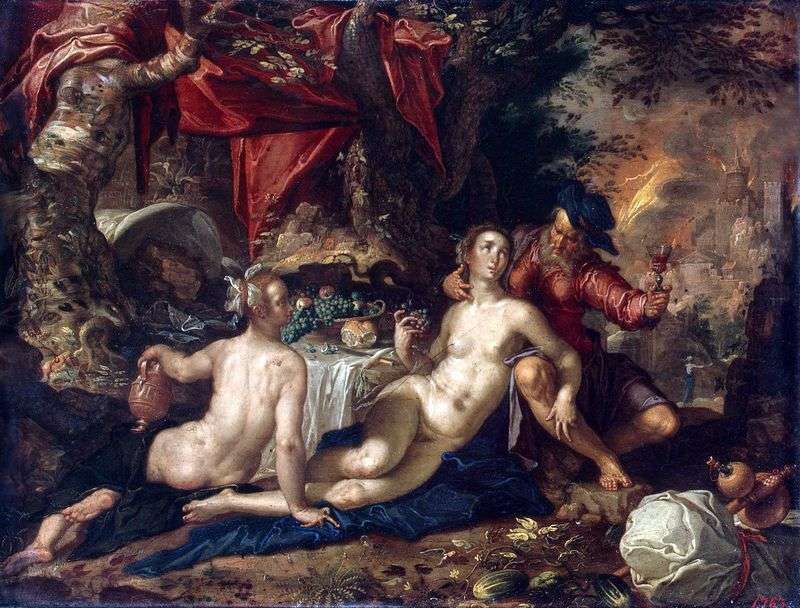 Picture of the Dutch artist Joachim Ejteval “Lot with daughters.” The size of the picture is 15 x 21 cm, copper, oil. In the State Hermitage Museum the picture came in 1770 from the collection of F. Tronschen in Geneva. Lot, in the Bible – nephew of Abraham, with whom he shared all the joys and hardships of the strange life.

Later, after becoming rich, Lot separated himself from his uncle, settled in the city of Sodom, known for his depravity, and was captured by Mesopotamian czars who raided the rich Sodomite pyatigrad. From this captivity Lot was rid of the courage of Abraham, but Lot’s subsequent life was ill-fated. He barely escaped the celestial punishment that struck the corrupt cities of Sodom and Gomorrah, his wife was turned into a pillar of salt, and he had to enter into an incestuous relationship with his daughters, who later gave birth to his sons.