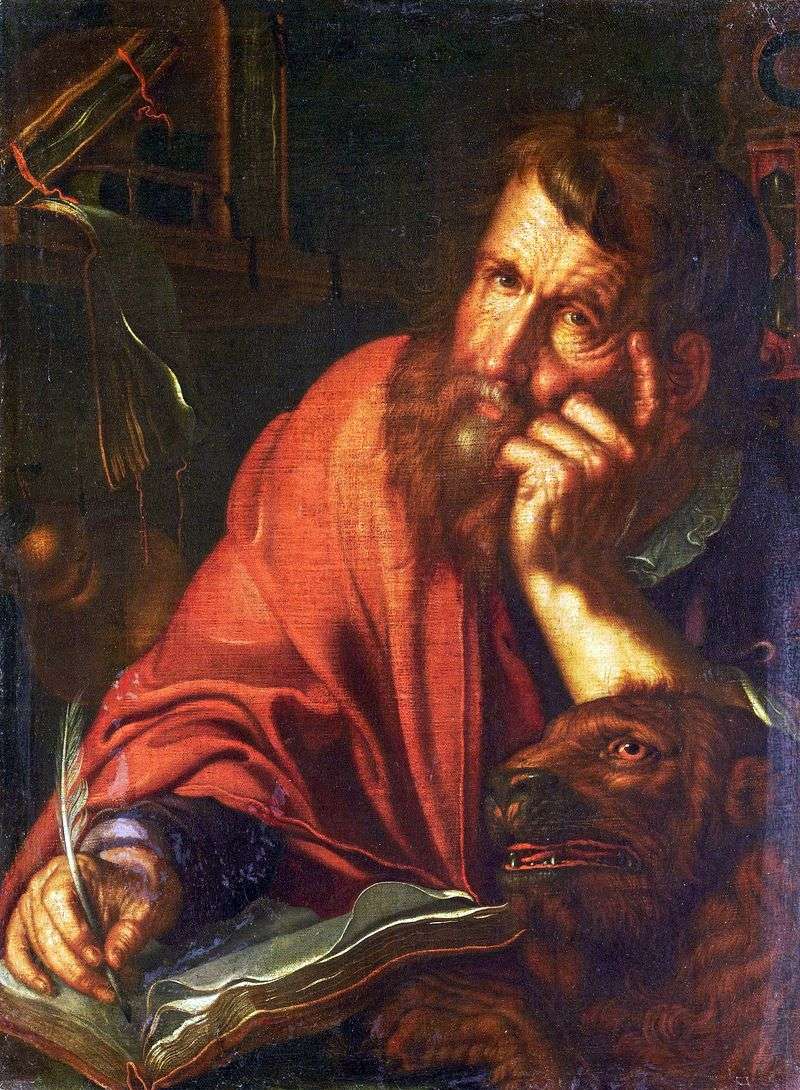 Picture of the Dutch artist Joachim Eytewal “Evangelist Mark.” The size of the picture is 68 x 50 cm, copper, oil. The evangelist Mark is one of four evangelists, a Jew by birth, but still a young man joined the Christian community, since his mother Mary was one of the hot followers of Christ and her home was the meeting place of believers in Him. He originally bore the name of John, then the double John-Mark; Later, this last name was established behind him, as a sign of his close relationship with the Roman world.

The gospel belonging to him and bearing his name in ancient times was unanimously recognized as genuine and was considered the reproduction of what Mark heard from the apostle Peter as his teacher. According to the expression of Blessed Jerome, “Peter wrote about this Gospel, Mark wrote.” The very liveliness, picturesqueness and originality of the narrative, compiled according to a peculiar plan, speaks in favor of the fact that the Gospel of Mark is original, and not the fruit of later compilation.

The Gospel of Mark was for all signs intended for Christians of the Gentiles, and especially for the Roman Christians, as is evident from the lack of references to the Old Testament and in general such places that would be particularly interesting for Jews, for example, the genealogies so beloved by Jews, Mosaic law, etc. On the contrary, there are many such explanations in the Gospel of Mark that were absolutely unnecessary for the Jews, but are necessary for the Gentiles.

The indication of the purpose of Christ for the whole world, and the observation that the temple should be a place of prayer for all peoples – all this clearly indicates that the Gospel of Mark was intended for newly converted Gentiles. The place of writing the Gospel is usually recognized by Rome, which explains the Latin words often used in it. According to St. John Chrysostom, the Gospel is written in Alexandria. About the time of writing the Gospel of Mark, the testimonies are contradictory: most of them refer to it by the half of the 1st century, and Eusebius indicates exactly the same date – 43 year from the Nativity of Christ. Article source: Encyclopaedic dictionary of F. Brockhaus and I. Efron