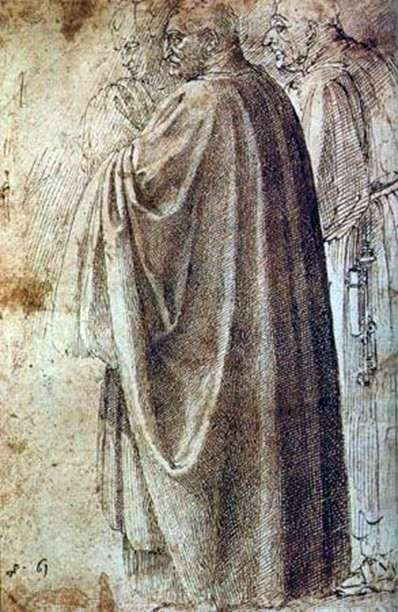 In various sources you can find references to the lost paintings of Masaccio. For example, there was a fresco in which Masaccio depicted the scene of the consecration of the Church of the Site Maria del Carmine. The fresco was located above the covered arcade leading to the Brancacci Chapel, which houses the most famous masterpiece of Masaccio.

In a crowd of citizens, residents of Florence, gathered for a big event, Masaccio wrote a number of portraits of his famous countrymen and contemporaries. In his book, Vasari called this picture “Sagra”. Both Vasari and some other authors of the 15th century

spoke very well about this work by the artist, but, unfortunately, it was destroyed around 1600, when the construction of a new arcade began. Only separate groups of figures, which were painted by Michelangelo and, possibly, Boscoli, have survived. 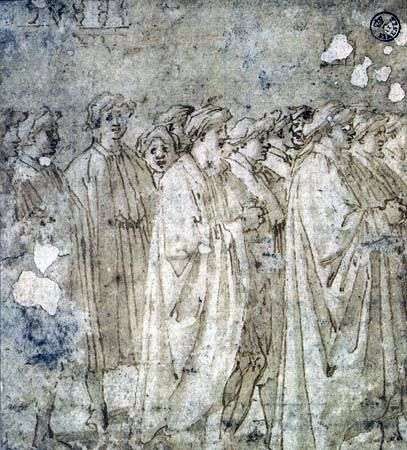