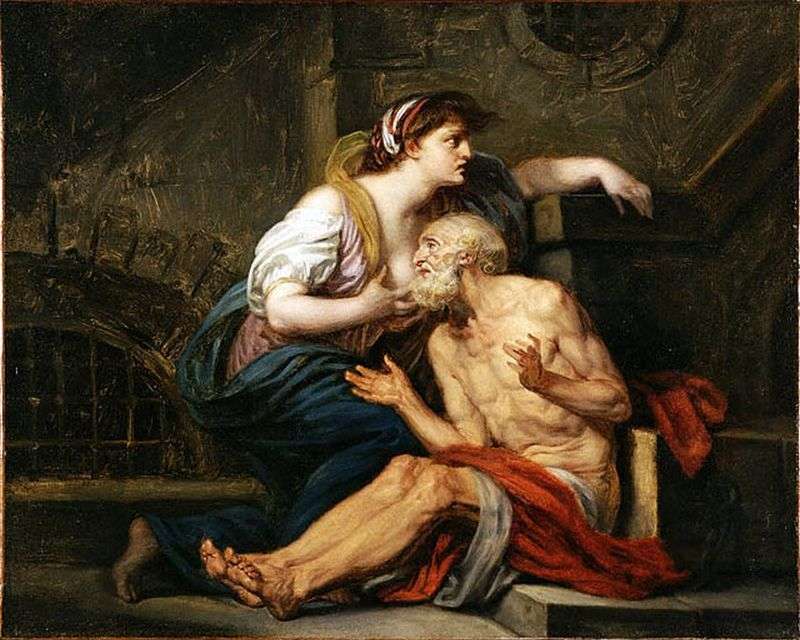 Kimon is a famous general and politician of Athens during the period of Greco-Persian wars. He participated in many military campaigns, in many battles. His fate, judging by the legend of the ancient Roman historian Valerius Maximus, is very interesting, very complicated. And one incredible fact is devoted to this picture.

Legend has it that Patrician Kimon for his sins was condemned to starvation. His daughters Pero were allowed to go to jail every day – taking care of their father, washing, drinking, changing straw… Day after day, his father grew weaker and weaker. Unable to see the torture of dying father, she decided to support him and gave him a breast.

Struck by such self-sacrifice, such a great love of the daughter to his father, the authorities of ancient Rome, who were extremely cruel, decided to release Kimon and not punish Perot.