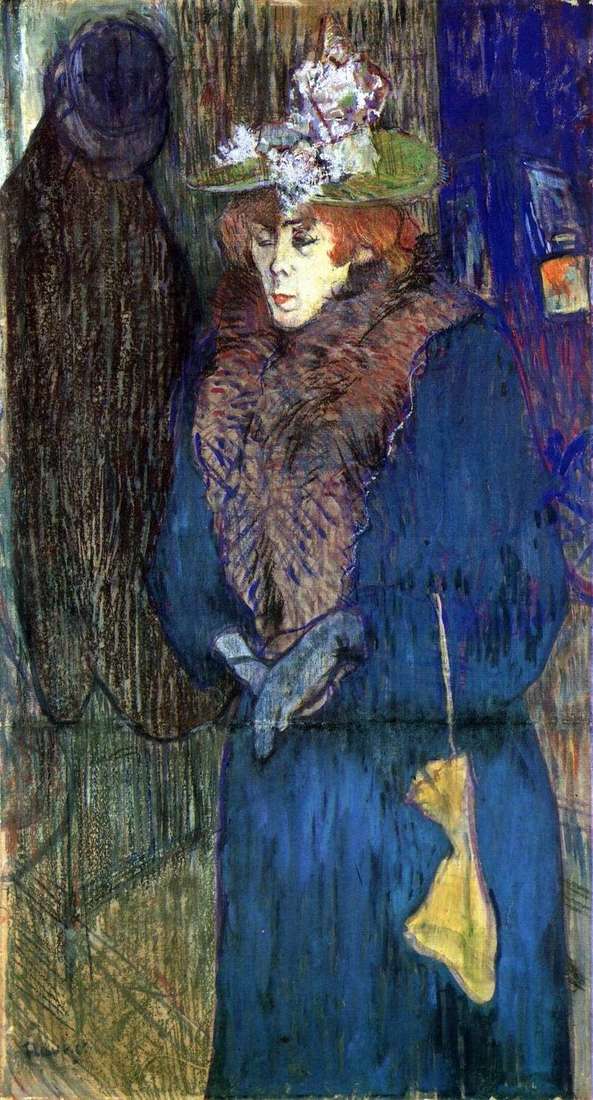 No other artist has caused as many mockery in Paris as Toulouse-Lautrec. He was called the dwarf of world painting – due to low growth, a fairie and brawler – because of bold stories, the last monarch of bohemia – because of common roots with French kings. And he, in turn, only wished for one woman to fall in love with him.

In his youth, Henri broke his legs, and because of the hereditary disease, the growth of the limbs ceased – their length was only 70 cm. Certainly, this affliction repelled the fair sex.

The mysterious Jane Avril, a small fragile woman with the sad face of a “fallen angel,” was very attracted to Toulouse-Lautrec. She did not look like the rest of the vulgar cabaret dancers: she had a fine taste that made her costumes special, distinguished by a special aristocracy and natural refinement, well versed in painting, literature and music. Henri appreciated her as a versatile personality.

Jane gave herself to the dance with all her heart, for her movements on stage were his kind of dialogue with the audience. The girl was particularly sensitive and vulnerable, apparently, therefore, among the dancers she did not get accustomed. She was despised, considered a stranger and even called Mad Jane. However, the audience liked the performances of Avril.

Toulouse-Lautrec often drew his favorite girl. However, she answered him in kind and posed with pleasure. So there was a whole series of paintings: on one of them Jane performs a solo dance, lifting a leg, on the other she wraps herself in a wide mantle, hiding her hands in pockets, at the third she puts on gloves.

In the image of this woman, the artist was especially captivated by a unique painful face and turquoise eyes full of endless sadness.