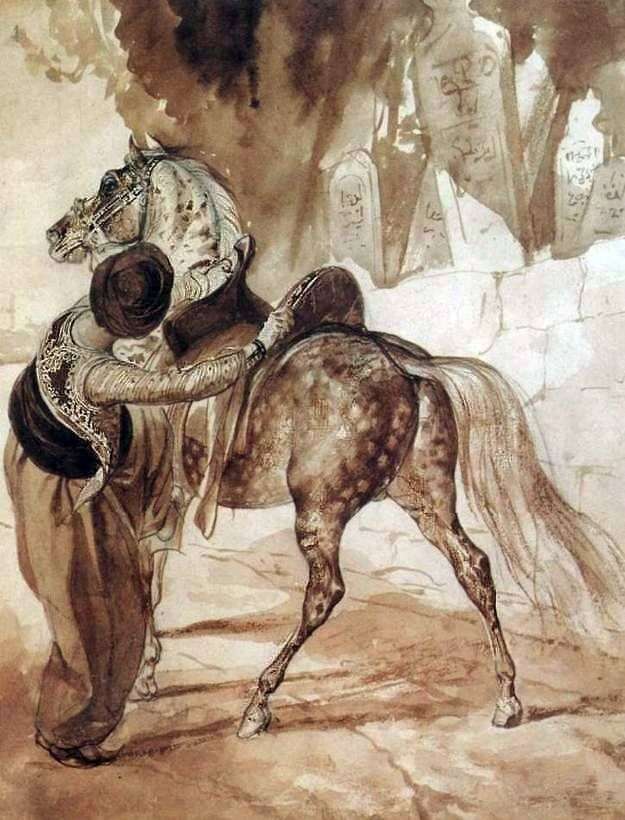 Close to the portrait of Kolokotroni is the image of a Greek lying at the plumb of a steep rock. The greatness of the mountain nature, against which he is depicted, is consonant with his manly appearance.

The gallant pose of the Greek is brave, his sword curve, his stern expression hangs menacingly.