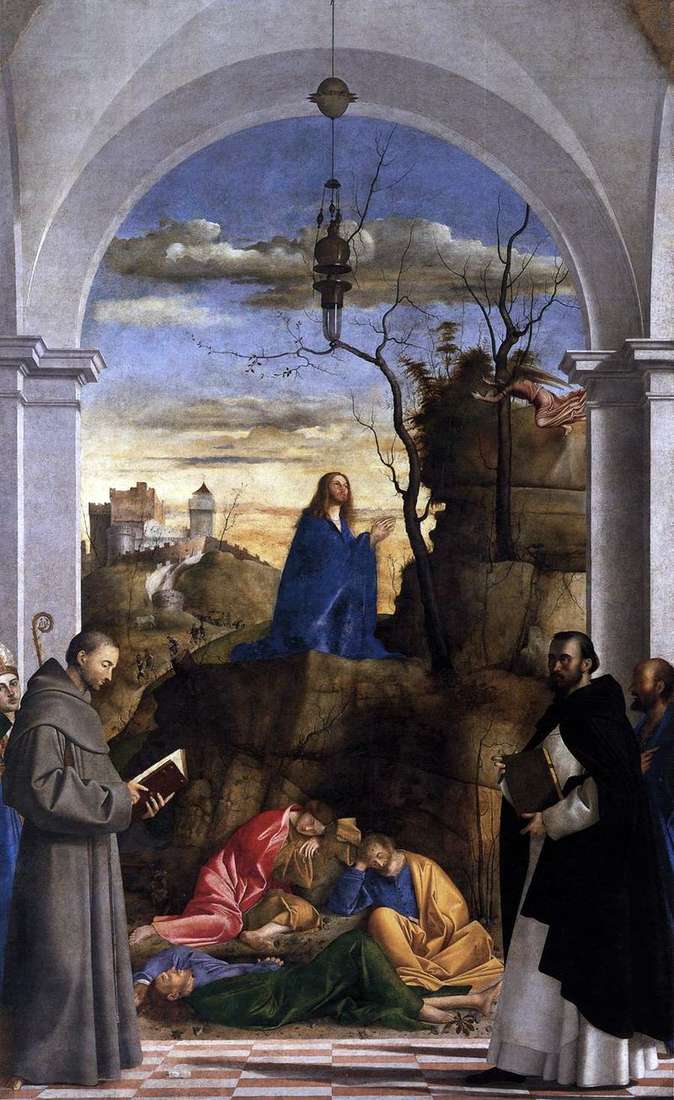 Another traditional name for the canvas is “Prayer for the Cup”.

The work was ordered by the artist Francesco Foscari for the family altar in the church of San Jobba. Therefore, in the foreground, as if opening the audience to the sacred scene of the last moments of the Savior’s freedom in earthly life, Saint Francis, Mark and Louis of Toulouse, in whose name the donator and his sons Marco and Luigi were named, are represented.

“Prayer for the Cup” Basaichi is approaching by composition to “Saint Jerome” Giovanni Bellini. Thin observer Alexander Benois noted that the motifs of the painter are richer and more pretentious than the motives of his predecessor.