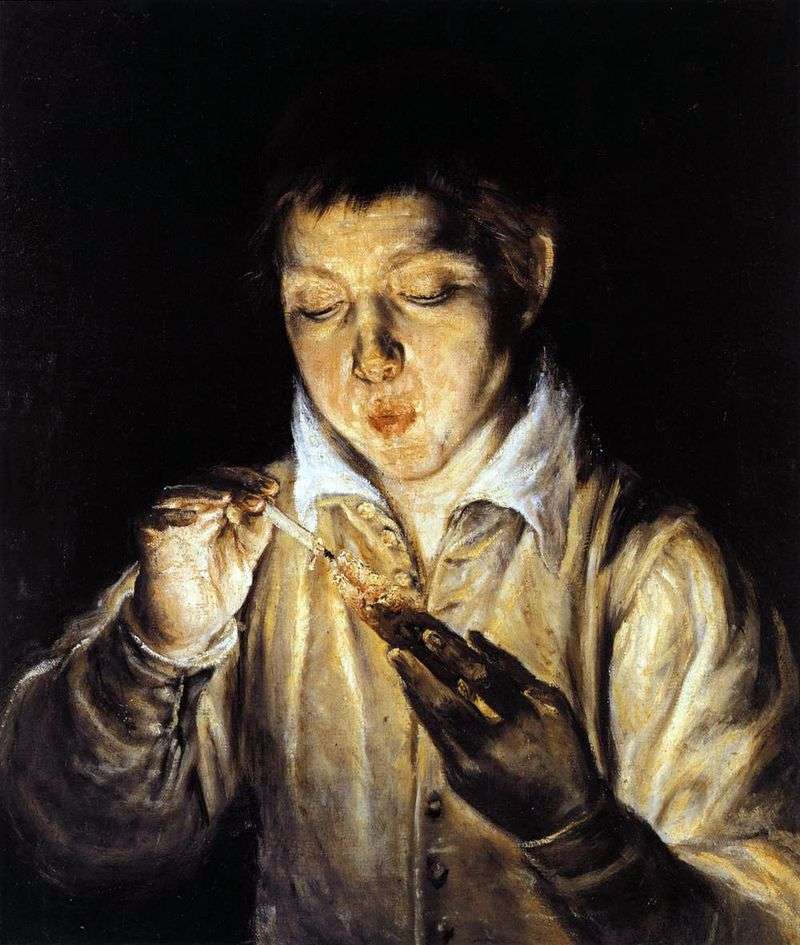 El Greco wrote a series of “nightly” paintings, among which is an uncharacteristic for him on the subject “Boy, fanning the beam.” This work perfectly demonstrates the growth of the artist’s skill, which in his picturesque manner united the tradition of Cretan iconography and the achievement of the Italian Renaissance.

In the picture, on a dark background, a boy is shown stretching out his full lips into a tube, and blowing on a smoldering log to light a candle. A flaming fire illuminates the boy’s face, drops of wax fall from the candles that began to melt, but the light is not enough to illuminate the room, it remains in darkness.

In the inventory carried out by Jorge Manuel, it was held under the name “Blowing.” Perhaps the topic of the picture was proposed by Fulvio Orsini, the librarian of Cardinal Allesandro Farnese, in whose palace El Greco lived in 1570-1572.

Later, already during his stay in Spain, El Greco will return to this story and write a picture that is now known as the Allegory of the Spanish Proverb, which also depicts a youth blowing a coal to light a candle, next to him another man and monkey.