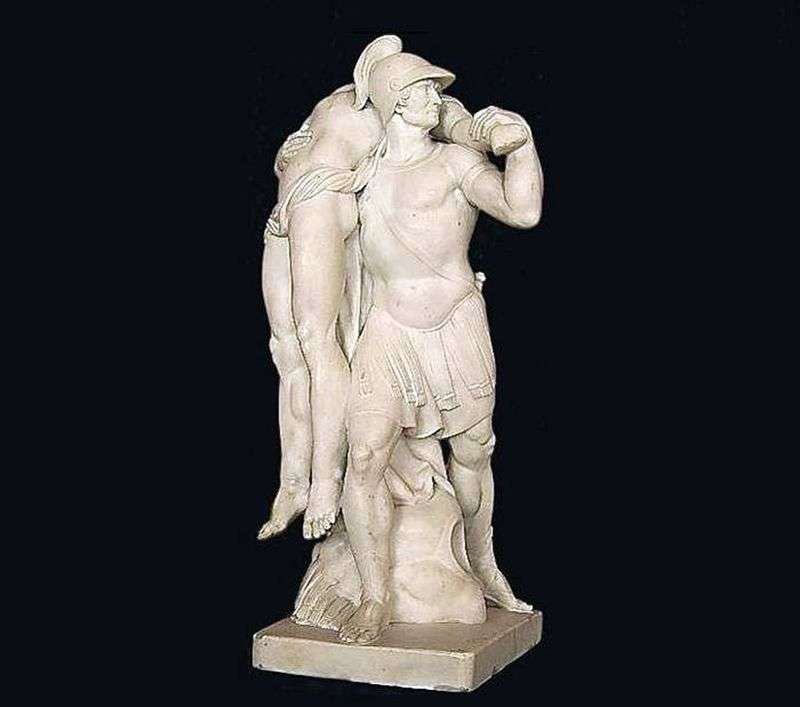 In a small sculptural group, created on the plot of one of the legends of the Trojan War, the features of monumentality appear. The sculptor-classicist carries away the theme of the hero, and he performs several works based on the “Iliad”. The dramatic design of the group is revealed in the emphasized contrast between the lifeless body of Patroclus and the powerful, full-willed force figure of Ajax.

Kozlovsky created the image of a dead hero with his limp sagging head and an elongated, heavy body. Next to this image, the power and passion of Ajax, presented in a quick and energetic outburst, becomes especially impressive.