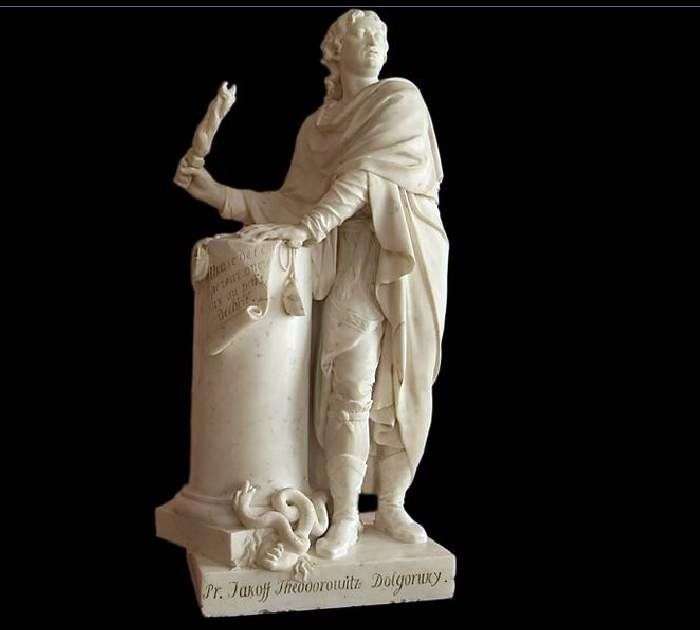 The high ideas of patriotism and citizenship, nourished early classicism in Russian sculpture, were embodied not only in the images of ancient history and mythology. Kozlovsky turned to the past of Russia, to national heroes. When creating the image of Yakov Dolgorukov, the sculptor sought to show the hero, endowed with features of spiritual nobility and moral stamina.

As the legend says, “a friend of truth” Dolgoruky, sitting in the Senate, did not want to obey the imperial decree, which aggravates the life of the people. Yakov Dolgorukov, with a burning torch and scales of justice in his hands, personifies unyielding determination. At his feet – trampled symbols of evil and pretense. Yakov Fedorovich Dolgoruky, a participant in the Crimean and Azov campaigns of Peter the Great and the Northern War.