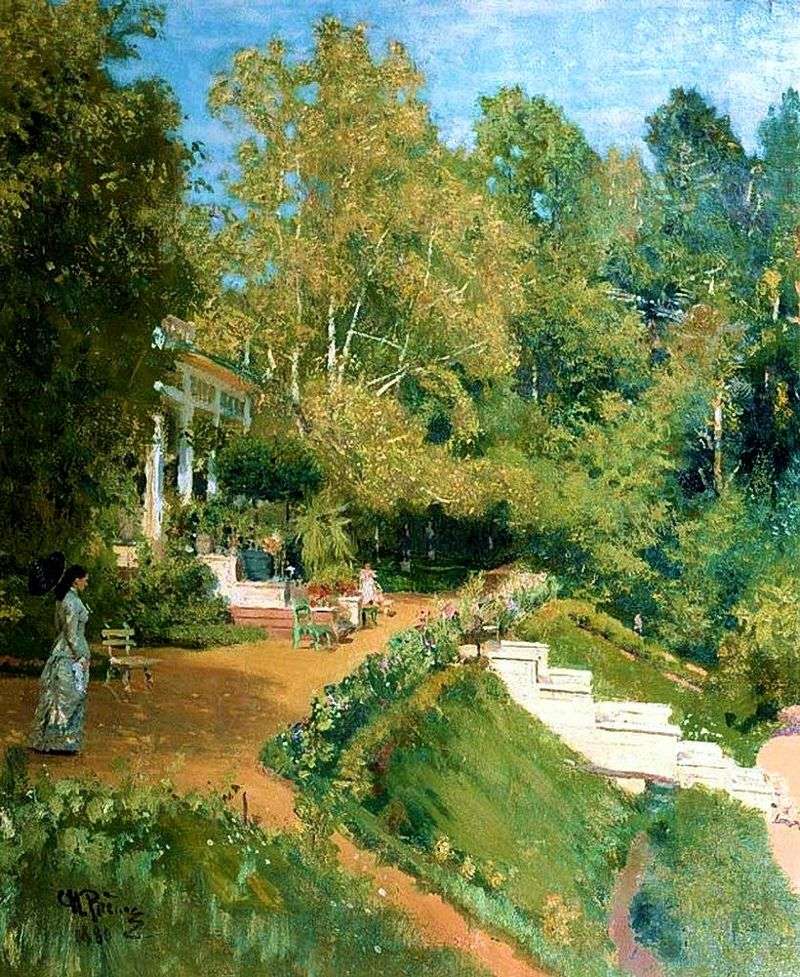 In the summer of 1877, Ilya Repin wrote to his friend, a student, later a major artistic figure, Adrian Prakhov: “I am inclined to think that Abramtsevo is the best dacha in the world; it’s just the ideal!

For six years from 1877, before moving to St. Petersburg in 1882, Ilya Efimovich Repin and his family often stayed with Savva Ivanovich and Elizaveta Mamontov in their Moscow estate Abramtsevo.

The artist was one of the most active participants in the Abramtsevo circle, uniting in the last third of the XIX century many prominent figures of Russian artistic culture. Its regular participants were at different times, in addition to Repin, Surikov and Viktor Vasnetsov, Polenov and Konstantin Korovin, Serov and Vrubel.

The short Abramtsevo period stands apart in the works of Repin. He had never been so idyllic; he had never painted such enlightened landscapes. Abramtsevo with his cult of poetic for a short time excited in the excitable Repina lyrics.

Many repinsky works created at the turn of 1870-1880-ies in Abramtsevo and its surroundings, bear the stamp of this poetic world – openly contemplative and at the same time loaded with serious creative ideas. It is enough to recall some of Repin’s paintings, such as portraits of E. G. Mamontova and S. I. Mamontova, as a picture of Summer Landscape depicting Vera Repin, the artist’s wife, on the bridge among the warm warm foliage of an overgrown park.

In Abramtsevo, Repin began work on his large canvases – performed sketches for a multi-figure painting A religious procession in the Kursk gubernia, created the initial sketch of a painting. The Cossacks write a letter to the Turkish sultan.