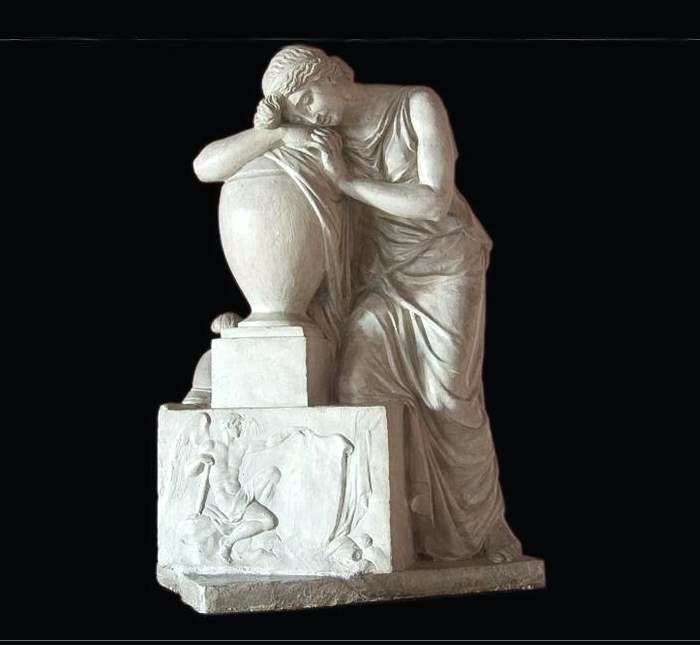 The tombstones of Martos, due to the sincerity of the feelings invested in them, were very simple and clear in design. Movement went away from them, becoming restrained, in the silhouettes of the statues began to peep out the contours of ancient figures. In these works, the most important creative principles and techniques of Russian classicism in sculpture were manifested.

The ebb of 1912 from the tombstone of A. F. Turchaninov, located in the necropolis of the Alexander Nevsky Monastery. Alexey Fedorovich Turchaninov, 1704-1758, industrialist. He descended from serfs, a graduate of the miner Turchaninov, then his daughter’s husband and heir. The owner Sysertskih plants, contributed to the development of metallurgy and mining. Fast. in 1925 from the Academy of Arts.