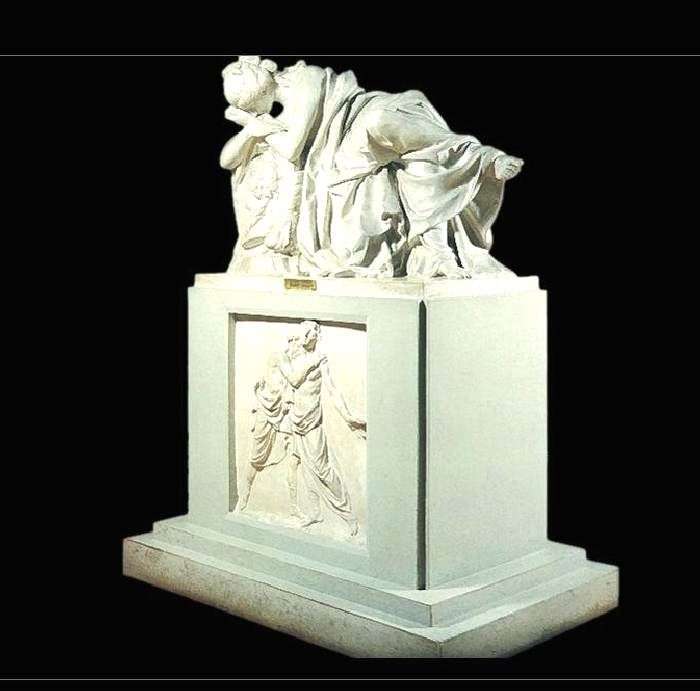 Like other nadgorobiya Martos, goes back to the best ancient monuments. Elena Stepanovna Kurakina, nee Apraksina is a princess, the chamberlain of the court. Daughter of S. F. Apraksin, senator, statesman and military leader, ambassador to Persia, vice-president of the Military Collegium, commander of Russian troops at the beginning of the Seven Years War. Wife of Chamberlain and Senator B. A. Kurakin. Low tide of 1912 from the tombstone located in the necropolis of the Alexander Nevsky Monastery. Fast. in 1925 from the Academy of Arts.