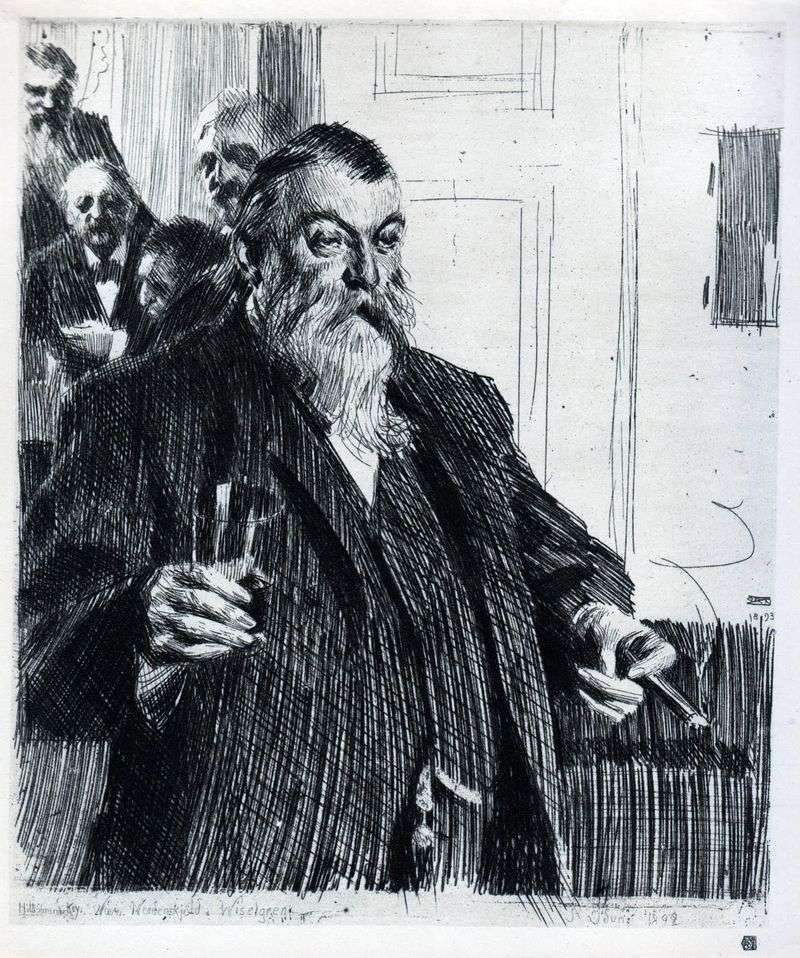 Swedish painter, graphic artist and sculptor Anders Leonard Zorn entered the history of art as a remarkable portrait painter and master of etching. He was educated in Stockholm at the Art School and then at the Academy of Arts. Zorn traveled a lot, worked in the UK and Paris, visited Italy, Russia, the United States. Creativity of the artist was formed under the strong influence of impressionism, nevertheless he developed his own individual sketch style in painting, distinguished by amazing virtuosity. However, the real glory of Zorn brought etchings. He performed more than two hundred engravings.

In his works, Zorn created a form by means of an energetic, powerful shading, which he applied in parallel lines along the direction of the light. Rhythmic lines, the ability to convey a fleeting state give an impressionistic basis. However, in the best works, among which the etching “Toast”, the strength of the shading and the deliberate coarseness of the lines exert a stronger influence on the viewer than purely impressionistic graphics.

This peculiar manner of Zorn opened a new direction in the art of etching, which was developed by the masters of the 20th century. Other famous works: “Girls in the bath.” 1906. National Museum, Stockholm; “Portrait of SI Mamontov.” 1896. The Pushkin Museum. A. S. Pushkin, Moscow.