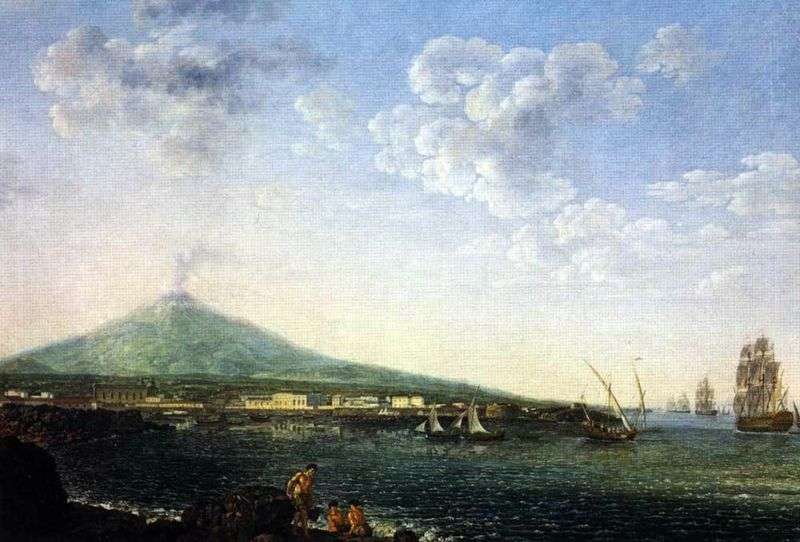 Perspective painting, according to which Alexeyev specialized in the Academy of Arts, was considered an applied field of art, closely associated with theatrical and decorative works. It was in this area that Alekseev was to be perfected in Italy, to which he, as it turned out, did not have the slightest inclination.

The artist was attracted to the urban landscape – the kind of image where architecture is naturally merged with the surrounding natural environment, diverse and full of life. “The Italian view” and has become a timid attempt to create a canvas, which expressed his own understanding of the problems of landscape painting. Alekseev was not in Naples, and the picture, according to experts, is written in engraving, and partly in imagination. But the artist’s imagination does not gravitate towards the majestic and grandiose, but rather the idealized reality.

Most of the canvas is occupied by the sky with “classical”, as if stucco clouds, and water, dotted with white strokes, naively depicting the light movement of waves. Composite means for transferring a huge, but clearly visible space – that’s what Alekseev is looking for.