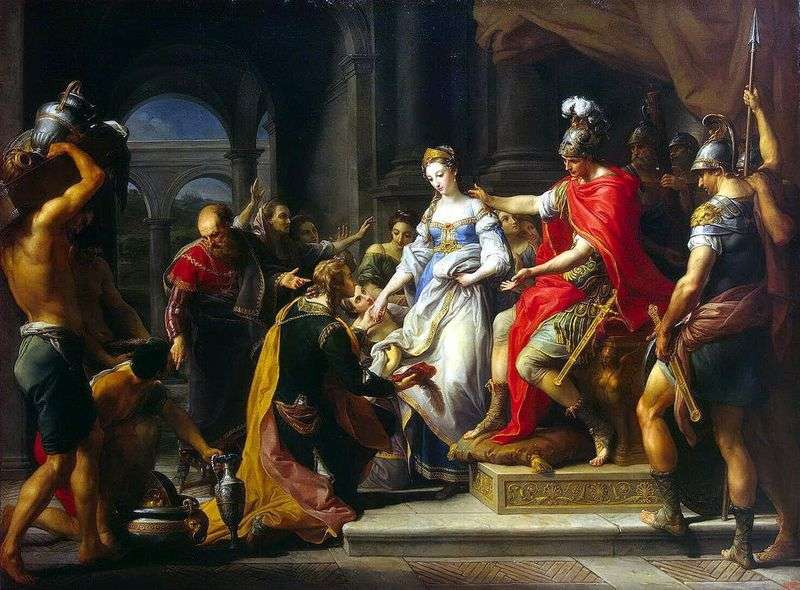 Scipio in 218 BC. e. took part in the battles of Titic and Trebbia. In the battle of Cannes, in which the Romans were defeated by Hannibal, Scipio fought as a military tribune. In 212, Scipio put forward his candidacy for the post of Roman commander-in-chief in Spain. Landed at the mouth of the River Iber in 209 and having a 30-thousand-strong army, Scipio launched an unexpected attack on the stronghold of the Carthaginians in Spain – New Carthage.

In the city, the Romans got a huge booty, noble captives and Spanish hostages. The last of Scipio released to their homes without ransom. Historian Titus Livius tells that Scipio could take the finest and most noble girl of the city among the prisoners as concubines, but did not take advantage of this right, but returned it to her fiancé. In 207 Scipio defeated the Carthaginian commander Hasdrubal and gradually subdued Rome most of Spain. He showed diplomatic ability, prepared an invasion of Africa. Defeating Hannibal’s army under Zama, he concluded a peace favorable for Rome. Upon his return to Rome, Scipio was met with triumph and nicknamed the African.

After the defeat of the army, the Carthaginians played a prominent role in the political life of Rome. Since 199 BC, the censor and princeps of the Senate, Consul. Batoni’s painting is a couple of canvas “Chiron is returning Achilles to his mother Thetis” and the structure of the composition is similar to him. There is a similarity in the color solution: against the background of grayish-brown architecture, the elegant colors of the clothes of the characters stand out. Scipio in scarlet raincoat passes the girl to the kneeling groom. The white dress of the captive symbolizes her innocence. Magnificently written a variety of vases in the foreground. Batoni, who in his youth was engaged in jewelry art, liked to enter into his compositions various subjects, making up of them exquisite still lifes.