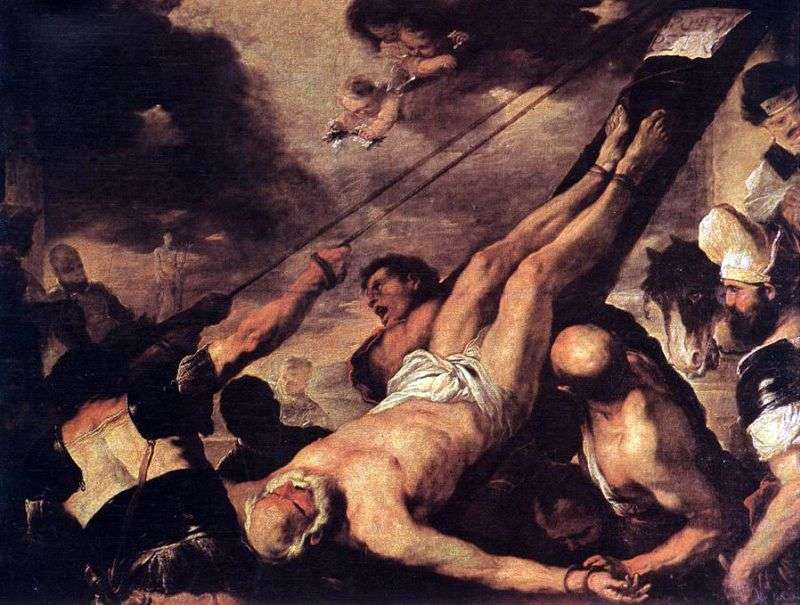 Neapolitan Luke Giordano was extremely fruitful. Today, his works, “having moved” from palaces and temples, are in many museums of the world. For a long time it was believed that he was nothing more than a masterful artist capable of creating shallow, bravura, monotonous decorative compositions that prepared the ground for the subsequent rococo.

However, the researchers, taking into account the peculiarity of the practice of that era, when many of the orders made to the painter, mostly executed by students and apprentices, singled out genuine works from his work and discovered an uncommon, profound virtuoso.

Giordano was a disciple of the Spaniard Husepe Ribera, but was open to other influences, in particular Pietro da Cortona, Venetians of the Renaissance and especially Veronese. According to the custom in the artistic environment, Giordano undertook a trip to Rome and Venice. The picturesque manner of the scene from the life of St. Peter arose under the influence of this trip. Composite diagonals sharply draw the surface of a large canvas, a powerful relief of tense human bodies is affirmed in the foreground, radiating energy waves, forcing the viewer to shudder from the cruel tragedy.

The fisherman from Galilee Simon became one of the called disciples of Christ: “Jesus looked at him and said:” You are Simon, son of Jonas, you will be called Cephas, which means “stone.” Under the Emperor Nero in 64 N. e. already elderly Peter was crucified on the cross, fulfilling the request of the executed: considering himself unworthy to die, like Teacher, he asked to crucify him upside down.