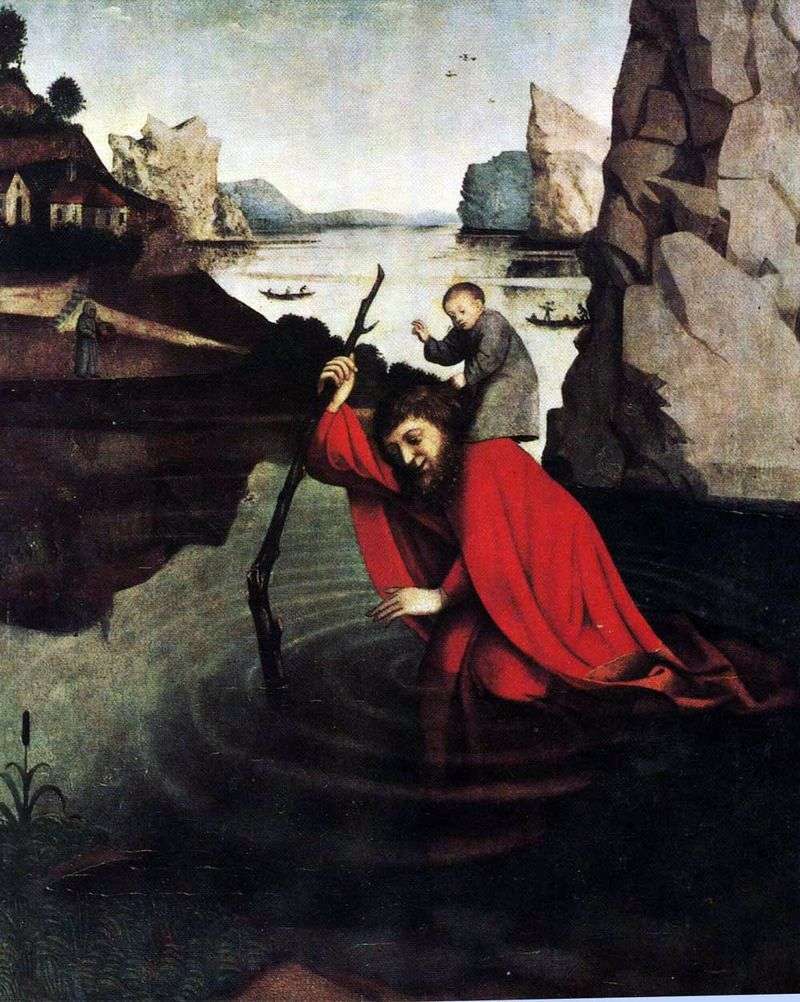 Vits was one of the most interesting masters of the first half of the 15th century. Information about his life is extremely scarce. He was born in the Swabian town of Rottweil. In 1434 he was admitted to the Basel Workshop of Painters, and in the middle of the 1440s the artist was no longer alive. To this day, fragments of three large altars, created by him in different years, have reached.

They are all written by the hand of a mature master who is familiar with contemporary Dutch painting, who discovered for himself the charm of the real world and with simple-hearted joy depicting everything that appeared to his eyes. “St. Christopher” – one of the wings of the now lost altar. The artist painted an episode from the life of St. Christopher, carrying through the water of the infant Christ.

This theme gave Vitsa an excuse to create a somewhat naive, but full of charm landscape. The serene, smooth surface stretches calmly into the distance; from both sides of it surrounded by inaccessible rocks, light boats with tiny figures of people plowing the surface of the water, to the left – the village, on the shore – the figure of a monk; From the light blue sky, a clear clear light flows.

The artist perceives the world through the prism of fairy-tale: even in the figure of Christopher, with an effort resting on a wooden bough, there is something from characters from folk German-Swedish fairy tales. But at the same time it is such an ingenuous painting that is able to express the joyful surprise and quiet delight of the love of the world that flows from the picture of Vic.