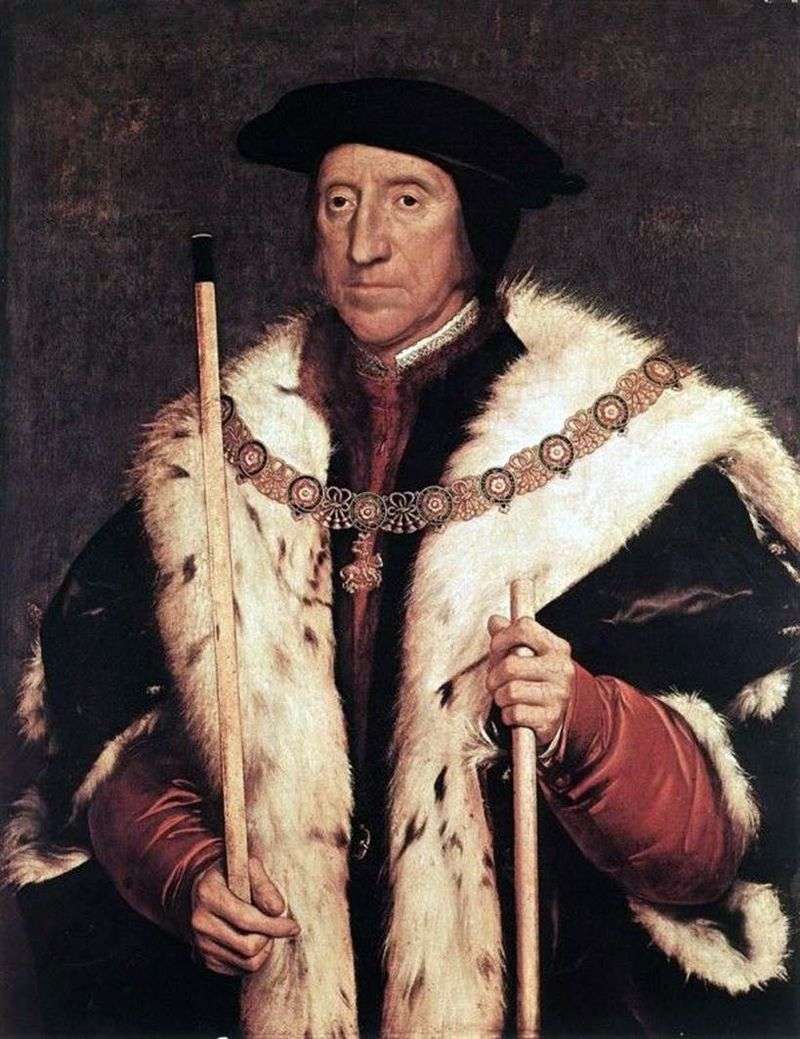 Thomas Howard, Duke of Norfolk, statesman and military leader, the uncle of Henry VIII’s wife, the father of the poet Henry, Count Surrey. All these relatives laid their heads on the scaffold. Chevalier of the Order of the Garter. Received the title of Lord Admiral. Participated in the victorious battle of Floden against Scotland, under the command of his father fought with the rebels in Ireland.

Howard inherited from his father the title of the Duke of Norfolk, took the place of his father as lord-treasurer and count-marshal. He had a difficult fate. Howard was against the Reformation of the church, begun by King Henry VIII, and along with Henry’s eldest son, Count Surrey was imprisoned in the Tower of London. The son was soon executed, and then Howard himself waited for the scaffold. But the day before the execution, the king died.

So Norfolk was saved, but stayed in prison for 6 more years. In the portrait, Thomas Howard is dressed in a luxurious fur coat. The face is swarthy, a big nose with a hump, compressed lips, dark eyes look hard and slightly tired.