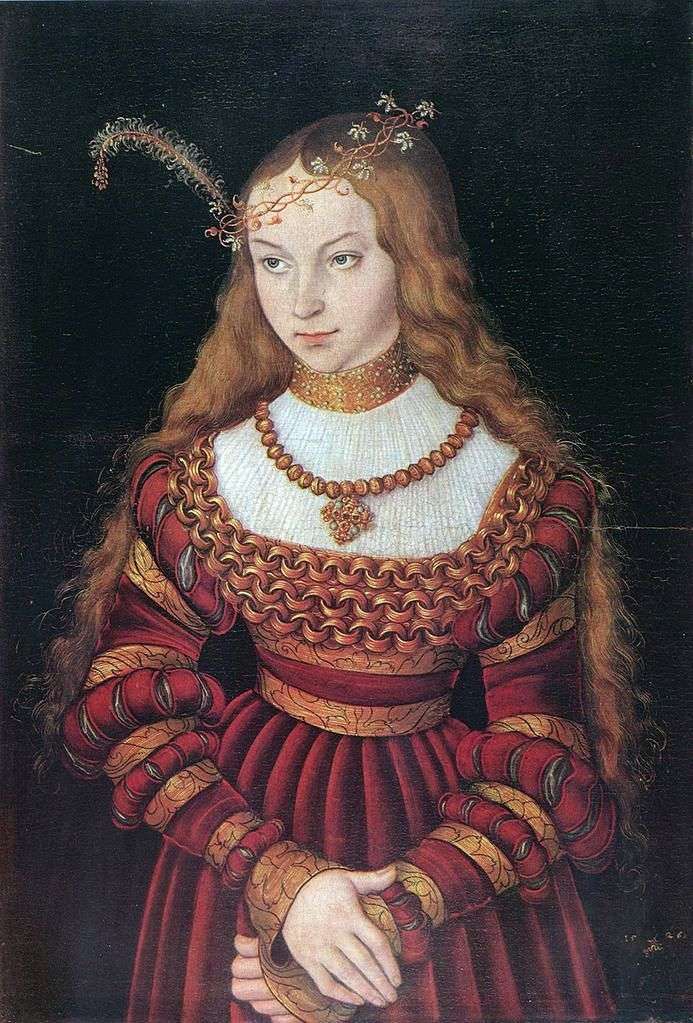 The portrait of Princess Sibylla of Cleves was painted by the artist in 1526. This is the heyday of the art of Cranach. Painter occupies honorary posts at the court of the Elector, becomes head of a huge workshop, which knows no shortage of orders. The art of Cranach by this time acquires the confidence of artistic handwriting and completeness of style.

A clear linear pattern and an exquisite color scheme distinguish this portrait. A bright, beautiful princess in a refined costume of the late Gothic era. Details of the toilet, the texture of the fabric, jewelry and a fluttering twig of an elegant headdress with precious stones – everything is subject to the artist who created a unique image of an aristocrat.

Sibylla Klevskaya was the eldest daughter of Johann III’s Duke of Cleves and Maria von Julich-Berg and sister of Anna Cleves, the fourth wife, and later the “beloved sister” of the English King Henry VIII of Tudor.

In September 1526, Lucas Cranach, the court painter of the finder of Frederick the Wise, married 14-year-old Sybil for the successor of the Saxon throne of Johann Friedrich the Magnanimous. The wedding took place at the beginning of June 1527 in Burg Castle. The couple had four sons.

When Johann-Friedrich was taken prisoner during the Schmalkald War, Sibylla bravely participated in defending Wittenberg in order to save her sons and keep her husband’s territory. For several years she was waiting for the return of her beloved husband from captivity. Together they supported the reform movement.

Sibylla Klevskaya died in 1554, Johann-Friedrich the Magnanimous died a month after the death of his wife.