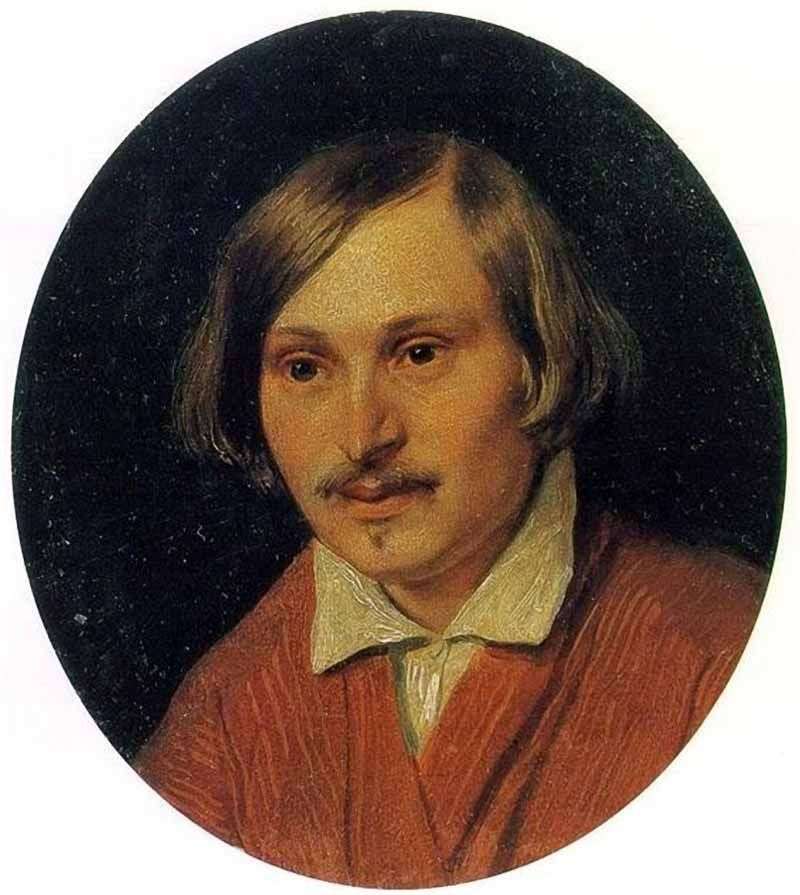 Portrait of N. Gogol – one of the few portraits written by Ivanov. The artist took a long look at the appearance of this highly respected man. In the same year, when the portrait was painted, Ivanov was present when Gogol read his comedy The Inspector General, which took place in the house of Princess Zinaida Volkonskaya in Rome.

The artist shared his impressions with his father: “I am acquainted with some Russian visitors, and especially our best writer, Nikolai Gogol, who is an extraordinary man with a bright and high mind and a true view of art… As a poet, he understands deeply, he has studied and observed the human feelings, in a word, the most interesting person that one can introduce himself to meet. “

The artist easily catches the portrait resemblance – Gogol’s characteristic long thin nose is the subject of the writer’s ridicule, his straight hair. Ivanovsky Gogol is complacent, calm, thoughtful. In this shy person it is difficult to imagine a genial satirist, the creator of the “Inspector” and “Dead Souls.” The pink striped robe, in which the writer is depicted, only adds to its image of simplicity and quiet intimacy.

Gogol himself was not too pleased with his image. “There I am depicted as I was in my” den, “he wrote later,” with a whistle, “” in a dressing-gown. “

Subsequently, this portrait was presented by the writer to the poet VA Zhukovsky.