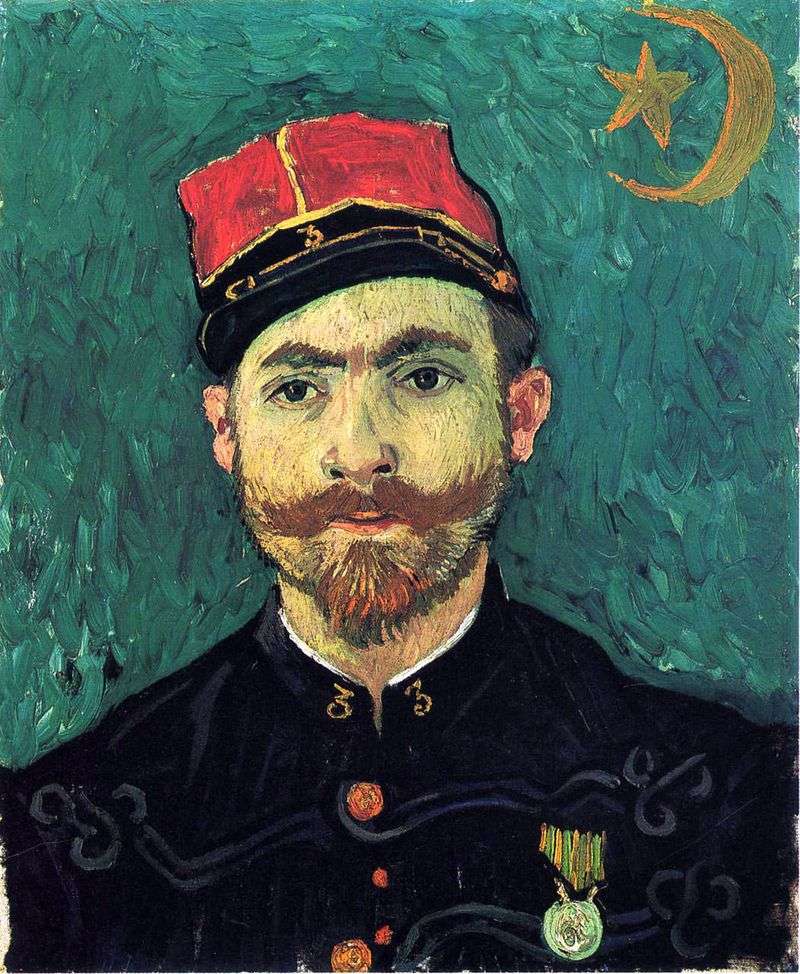 The painting depicts Paul Eugène Millet – the second lieutenant of the third Zouava regiment. Millet and Vincent van Gogh became friends in 1888, in the French city of Arles, where they both resided at that time.

The portrait presented above is a rather straightforward sketch of the model, which is quite typical for a series of similar portraits performed by Van Gogh in Arles. Most likely, Van Gogh painted this work quickly, because in his opinion, Millet rather “badly posed.” Millet is represented here in a military uniform with a commemorative medal, which he received for his campaign

The back is made with wide, strong strokes in a dark green color scheme. Relatively simple background. The only decoration present here is the symbolic star and crescent in the upper right corner.

This symbol was worn on the greatcoats by those who belonged to the Zua regiment, in which he served Millet. Here, this symbolism further characterizes the model chosen for the portrait. In gratitude for the fact that Millet posed for his paintings, as well as for the delivery of ready-made works of Theo, Van Gogh gave Milla a sketch, the further fate of which remains unknown.