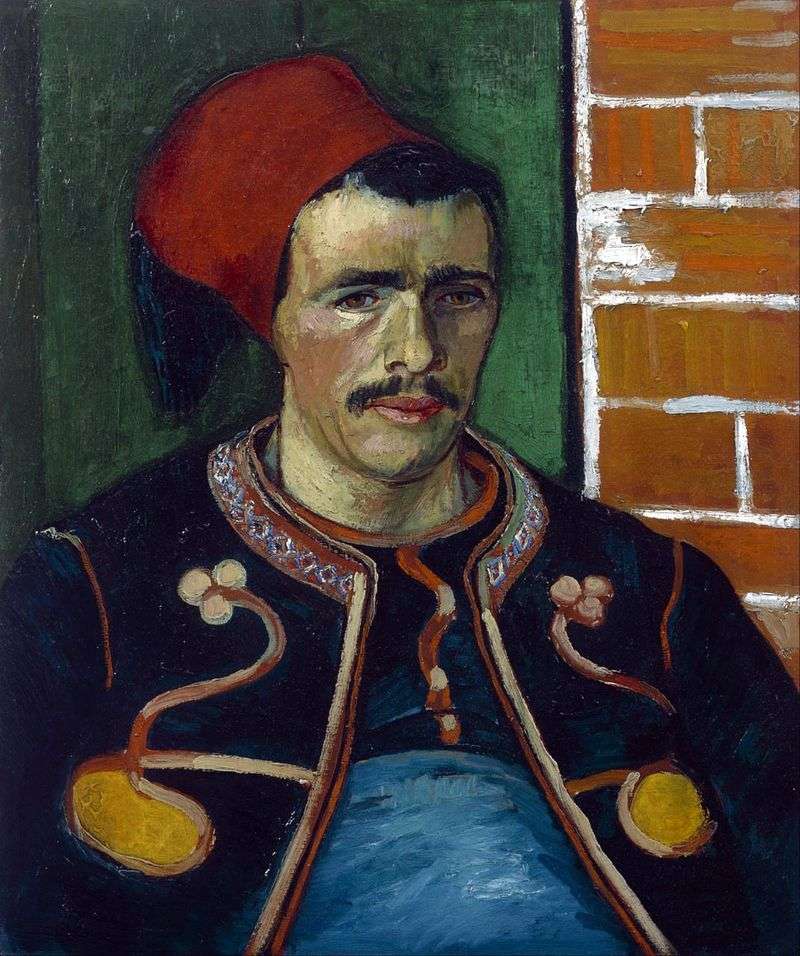 In this painting in 1888, Van Gogh portrayed a young man dressed in the shape of the Zouaves, an elite regiment of French infantry. The portrait was written for educational purposes. As Van Gogh wrote in his letters, the work was very difficult for him. Before starting directly for the portrait, the artist made many sketches, and in each he tried to harmoniously combine the poorly matching colors of the costume of the Zouave with the background of the portrait.

Van Gogh noted that this work was a real test for him, but still he needed it, because only with such difficult tasks he could learn something.

such difficulties were caused not only by the complexity of the technical performance, but also by the lack of an attitude towards the most posed one. In a letter to Bernard, Van Gogh negatively speaks about a young man with a stony face and aggression in his eyes. In his portrait he depicts, without embellishment, the heavy shapes of the figure of the Zouave. His face is written with rather dull, unsaturated shades, his hair and mustache are coal black.

At the same time, the details of the form of the warrior and the background of the portrait are painted with saturated color masses. Despite the heterogeneity and contrast, these bright spots quite harmoniously coexist with each other. Thus, it can be concluded that Van Gogh coped with the task set for himself.