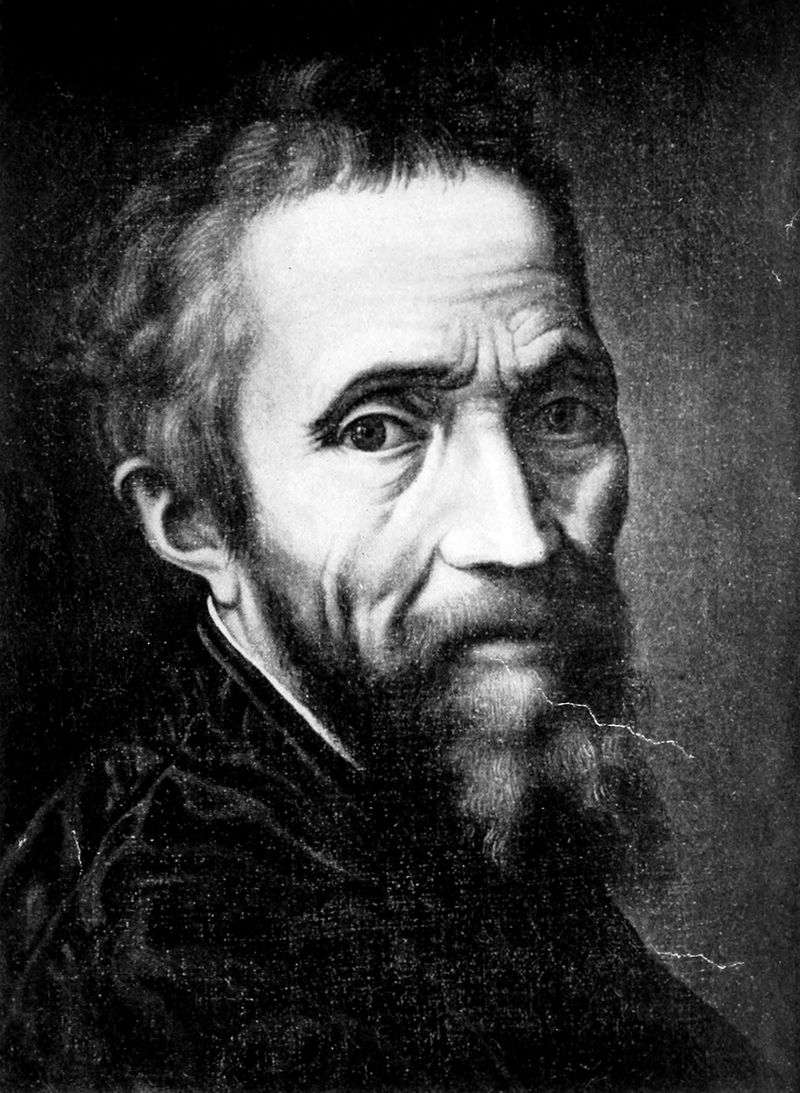 Learning to read, write and count, Michelangelo in 1488, contrary to the will of his father, entered as a student in the studio of Domenico Ghirlandaio. Here, the young Michelangelo met with the main materials and techniques and created pencil copies of the works of the great Florentine artists Giotto and Masaccio; already in these copies appeared a characteristic for Michelangelo sculptural interpretation of forms.

Soon after, Michelangelo began working on sculptures for the Medici collection and drew the attention of Lorenzo the Magnificent. In 1490 he settled in the Palazzo Medici and remained there until the death of Lorenzo in 1492. Lorenzo de ‘Medici surrounded himself with the most outstanding people of his time. There were poets, philologists, philosophers, commentators, such as Marsilio Ficino, Angelo Politiano, Pico della Mirandola; Lorenzo himself was an excellent poet.

Michelangelo’s perception of reality as embodied in the matter of the spirit undoubtedly goes back to the Neoplatonists. For him, sculpture was the art of “isolating” or releasing a figure enclosed in a stone block. It is possible that some of his most strikingly powerful works that seem “unfinished” could be intentionally left behind because at this stage of “liberation” the form most adequately embodied the artist’s intention. The genius of Michelangelo left an imprint not only on the art of the Renaissance, but also on the whole of the further world culture. Its activity is connected mainly with two Italian cities – Florence and Rome. By the nature of his talent, Michelangelo was primarily a sculptor. This is felt in the picturesque works of the master,

In Florence, Michelangelo created an immortal example of the High Renaissance for five years – the statue “David”, which for many centuries became the standard for depicting the human body, in Rome in 1499 – the sculptural composition “Pieta”, one of the first incarnations of the figure of a dead man in plastics. However, the artist was able to realize the most grandiose plans in painting, where he was the true innovator of color and form. By the order of Pope Julius II Michelangelo from 1508 to 1512 executed a ceiling painting of the Sistine Chapel, which represents a biblical story from the creation of the world to the flood and includes more than 300 figures.

In 1534-1541, in the same Sistine Chapel for Pope Paul III, Michelangelo performed a grandiose, full of dramatic fresco “The Last Judgment”. The architectural works of Michelangelo – the ensemble of the Capitole Square and the Cathedral of St. Peter in Rome – are striking with their beauty and grandeur.