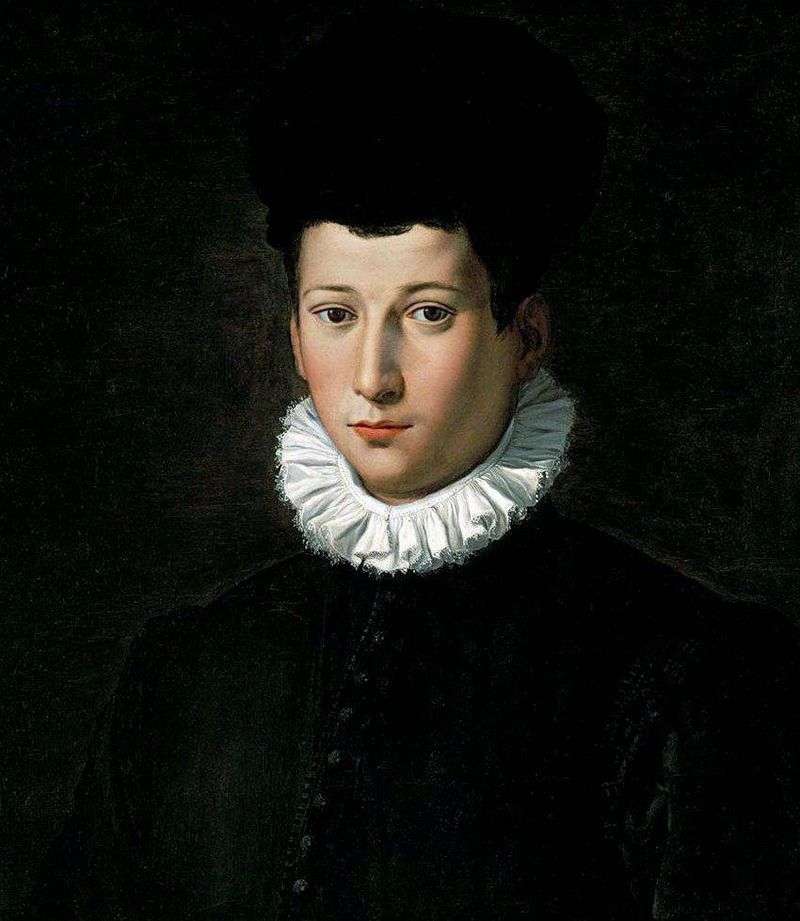 Painting of the Italian artist Alessandro Allori “Portrait of a Young Man”. The size of the picture is 55 x 43 cm, wood, oil. In the 1540s and further to the end of the 16th century Mannerism goes beyond the Italian Florentine-Roman circle and by the end of the century becomes the dominant trend in the court art of Italy both in the north of the country – in Milan and in the south – in Naples, only in painting, but also in sculpture, partly in architecture.

The art of mature Mannerism, formed on the basis of the anti-Renaissance aspirations of early Mannerism, not only opposes the advanced trends in Italian art of the 16th century, but is openly linked with the ideology of feudal and Catholic circles, subordinated to the glorification of the Roman church, dukes and rulers of the principalities of Italy.

The confusion, the pessimistic breakdown of early Mannerism give way to a cold officiality; Aesthetic ideals take on an increasingly abstract, lifeless character, are entirely subordinated to a deliberately arbitrary formal scheme – the “manner”, as theorists of that time call it; the creativity of the artist is bound by a whole system of dogmas and canons. By the end of the 16th century, the manoristic trend in art completely reveals its infertility and comes to a standstill.