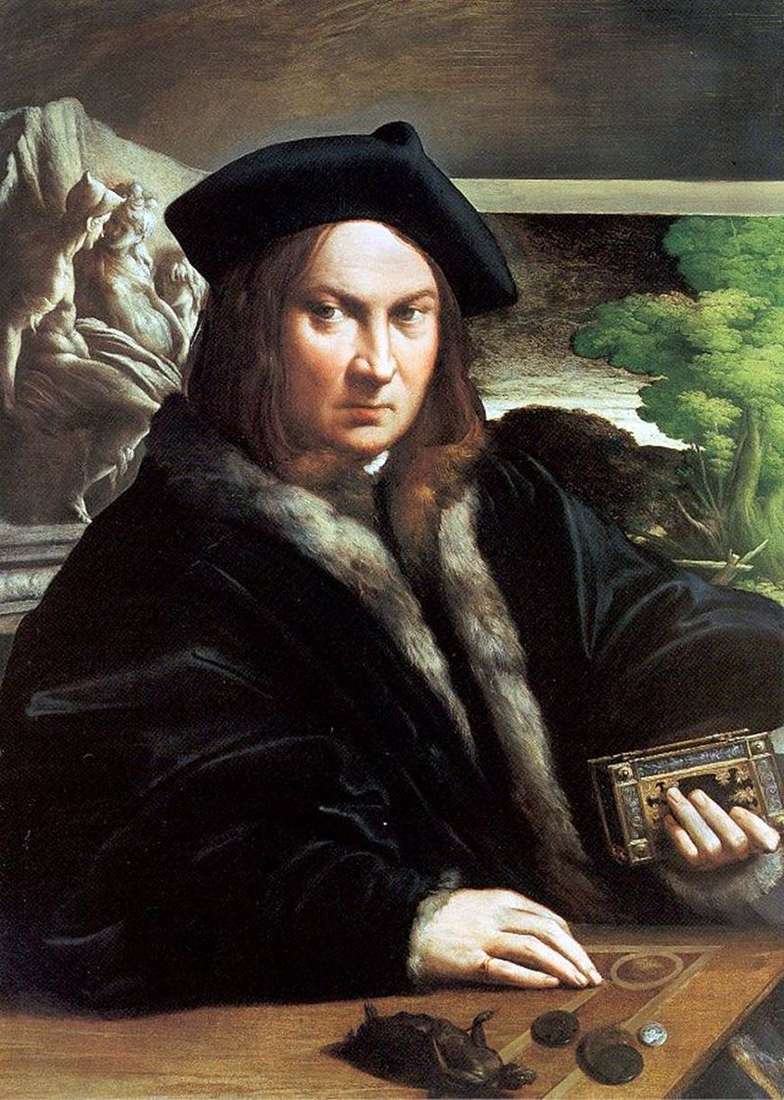 Painting Parmigianino “Portrait of a Man”, wood, oil. In 1523 or at the beginning of 1524, Parmigianino moved to Rome. Undoubtedly, it is here that the artist acquired that high graphic culture, brilliant artistry, which distinguish his mature work.

And at the same time, in his works of the Roman and Bologna periods the anti-renaissance orientation is intensified. Art critics who criticize Parmigianino for the “anti-recessionary nature of creativity and pessimistic fiasco” saw in the master’s work only a deviation from the classical canons of the Renaissance, blaming the arbitrariness

of the visual language, and overshadowed the artistic vision of the Italian artist.

The portrait of a man is written against the background of the landscape and the antique sculptural group. The portrait amazes with the truthfulness, psychological capacity and emotional coloring of the character depicted in the picture of a person.