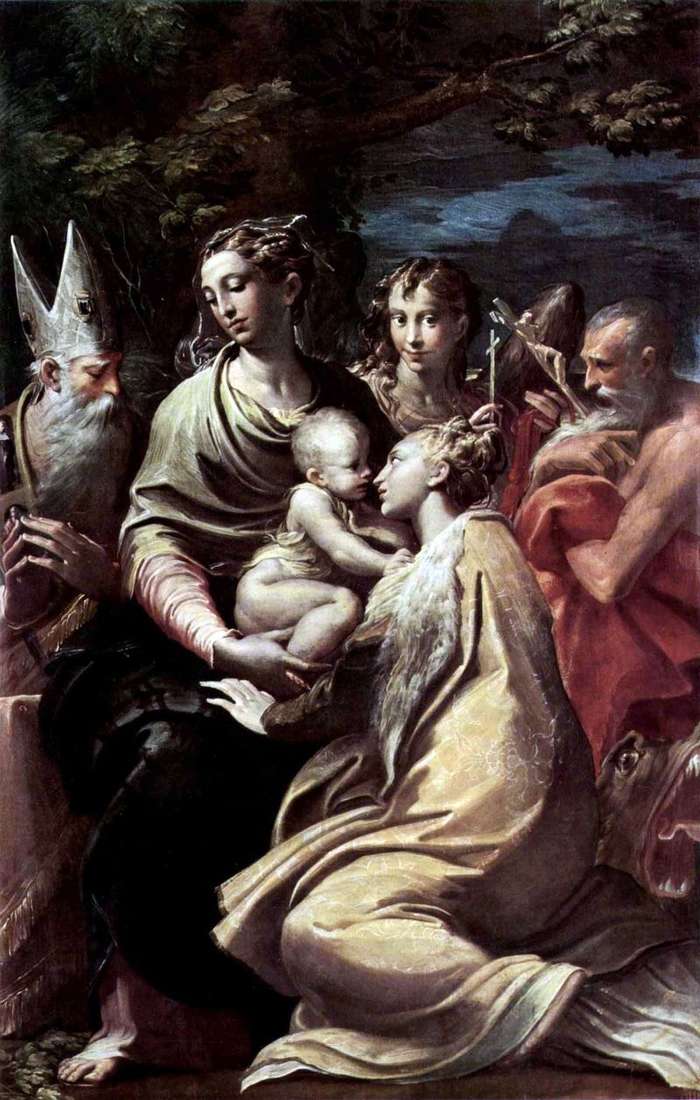 The first of them covers the 20-30s of the 16th century and includes the work of a number of Roman and Tuscan painters of the Emilian circle. Already in these years, mannerism is defined as a direction opposed to advanced, based on the Renaissance traditions, the aspirations

of Italian art. Michelangelo, a number of masters of Venice and the terra-farms are solving, in an environment of all the thickening feudal reaction, new problems that reality presented to them, the subject of the tragic complexity of the relationship between the individual and the world, from humanistic renaissance positions.

Keeping faith in the significance of man, they develop and enrich the principles of Renaissance realism, embodying in a figurative form the most relevant ideas of their time. At the same time, the adherents of Mannerism in this troubled period paint pictures mainly on biblical subjects, focusing more on the external prettiness of the models depicted.

Compositionally, this picture is built on the principle of “serpentine-spiral” continuous movement to the center of the picture, despite the fact that the characters depicted in the picture of the event are in relative rest. Taking into account that the main characters in many of the paintings of the Italian artist are the Mother of God with little Christ, such a compositional decision is fully justified.

In the last ten years of his short life, Parmigianino performed three of his best religious paintings – Madonna with St. Margaret and Other Saints, Madonna with a Rose and the famed Madonna with a Long Neck, which became his original testament.