Home⇒
🎨Hiroshige Utagawa ⇒
Outside the Mists by Utagawa Hiroshige 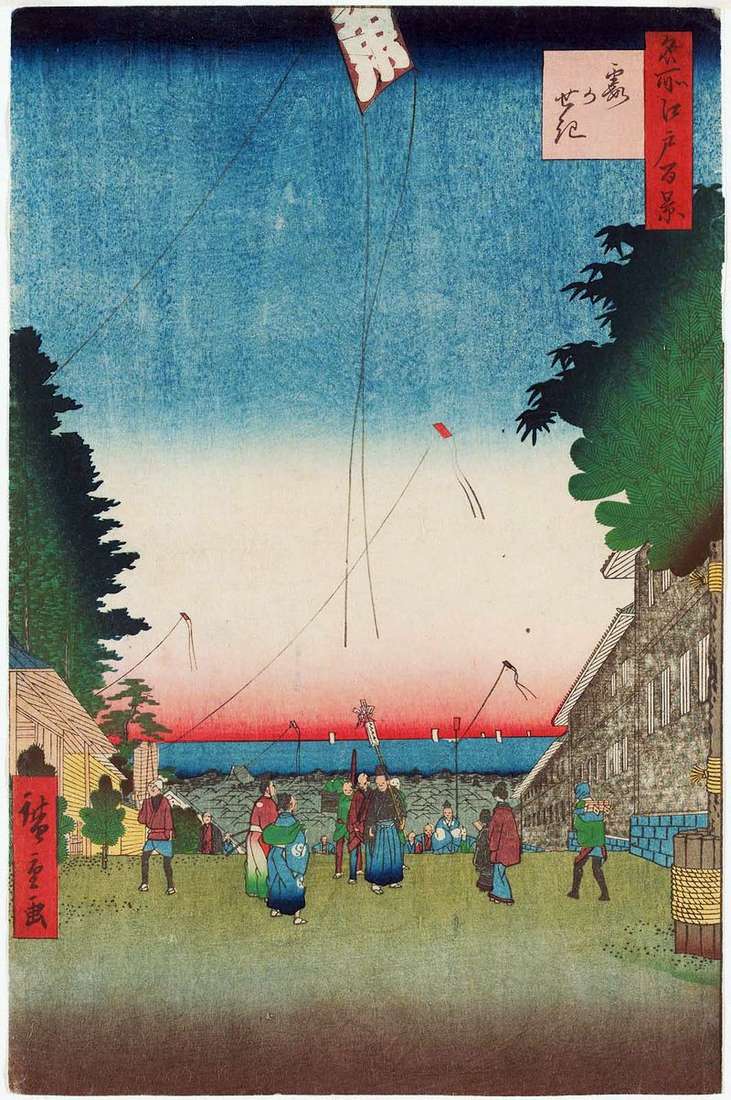 From the Kasumigaseki Upland – Mist of Mists, a beautiful view of the Bay of Edovan with whitening sails against the background of the morning sky. The outpost was built by order of Yamato Takheruno-Mikoto to protect Edo from the invasion of the eidzo-wild tribes living in the east of the country. In the Edo period, the Kasumigaseki area was called the slope between the Maiudaira Minnowno mansions, which is visible on the engraving on the right, and Maiudair Ak-no Kami, on the left. Hiroshige conveyed the atmosphere of the New Year’s holiday, the crowded street is decorated with pine trees kadomaiu.

the right is a box dealer for fans. Such boxes were bought up by merchants to sell them by next year. The fan was supposed to bring happiness. In the foreground is seen a kite, on which is written a hieroglyph – “fish”. In the center – street artists and musicians, usually performing “Sisimai” – a lion dance, banishing evil spirits. To the left – the seller of sushi, in the distance – a group of samurais climbing the slope. On the right – mother and daughter, with rackets of hagoit for playing shuttlecock. The late version differs significantly from the early one, not only by the bright transition from the red color of the sunset at the horizon line to the light pink, then passing into the dark blue band of the boccass, but also by the more intense color of the foliage of the trees.