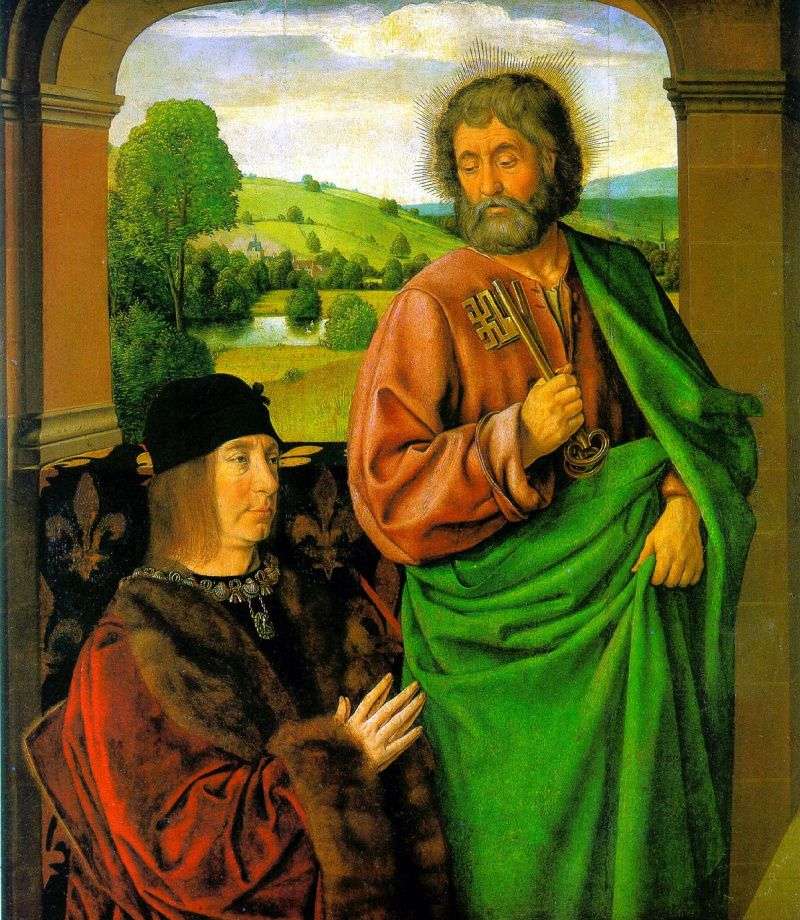 Jean Hay – a wonderful artist of the early French Renaissance. He owns the triptych “Our Lady of Glory” for the Cathedral of Moulins – one of the most significant works of French art of the XV century. For this work, the artist was named “Master of Moulin”. There is one more work by Jean Haye – “Christmas” for the cathedral in Otien. Here, the artist’s orientation in the manner of Hugo van der Huss is obvious. Perhaps, this painter was a teacher of Jean Hay. In his work, Jean Hay continued the traditions of Dutch art. He was a good portraitist. The images he created differed in precise, though devoid of poetic interpretation of the model.

Despite all the attractiveness in the artistry of Jean Khey, there was no exceptional originality, and Dutch training was always felt, which, however, does not deprive his work of charm and retains them in a number of significant works of art of the 15th century. The painting “Pierre II, Duke of Bourbon with the patron saint of apostles Peter” is an image identical to the portraits of Pierre II, Duke of Bourbon, on the leaf of the altar of the Moulinian Cathedral, but executed by the artist for another altar unknown to us. Other famous works: “Dauphin Karl of Orleans”. Louvre, Paris; “Portrait of an Unknown with St. Madeleine”. . Louvre, Paris.