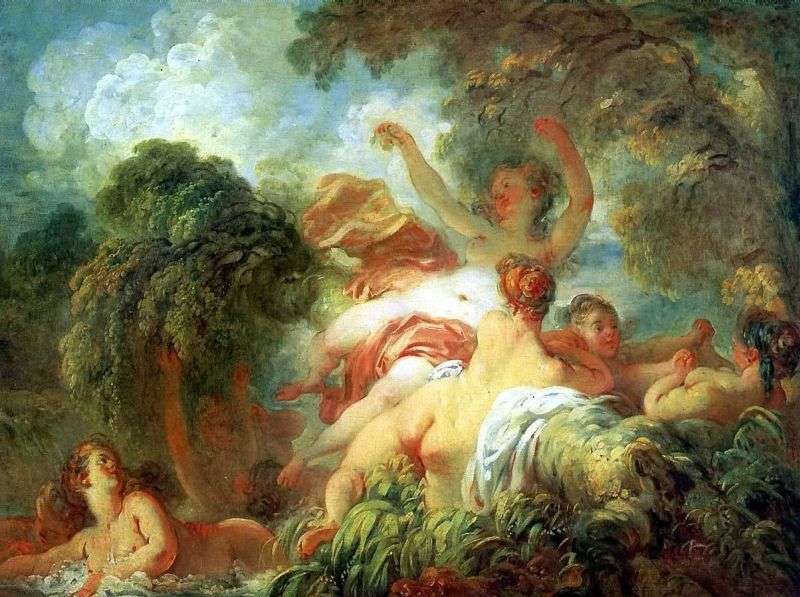 In 1756-1761, Fragonard perfected his art in Italy and returned to France as a mature, established master. In the Salon of 1765 he presented the picture “Priest Korese, who sacrificed himself to save Callioro,” which the king himself criticized with approval. Thanks to this, the artist became famous, but gave up his academic career and worked for private orders. However, in the 1760s, on the wave of classicism, public tastes changed, the artist’s works were mocked.

Fragonard left Paris, went to the south of France, then to Holland, Italy. Only in 1774 he returned to Paris. In the last Parisian period, a number of brilliant works were created. Other famous works: “Inspiration”. 1769. Louvre, Paris; “Kiss furtively.” 1780. The Hermitage, St. Petersburg.