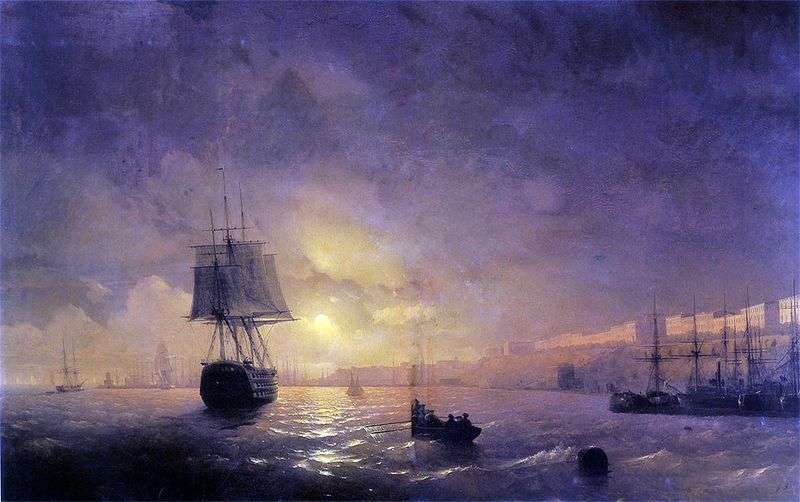 Ivan Aivazovsky, having lived all his life by the sea, could not help but feel his greatness and beauty, which he sang in almost every work he produced. Like many other works, “Odessa at night” was written by him from memory, a pair of sketches made a few months earlier.

The entire depicted landscape is subject to one rhythm, one idea. Illuminated by a weak night light, a row of houses on the right side merges with the surrounding nature and seems to dissolve. The bright moon, though it allows you to see the sea surface, does not reach the dark shores, hidden by the darkness of the night.

The picture “Odessa at night” is filled with dynamics, it calls the viewer forward, to where the unusually yellow spot of moonlight is brighter than anything else. Each figure, depicted by the artist, carries its own meaning; the color of the picture is calm, but the bright spot in the middle symbolizes the movement forward, towards the future.