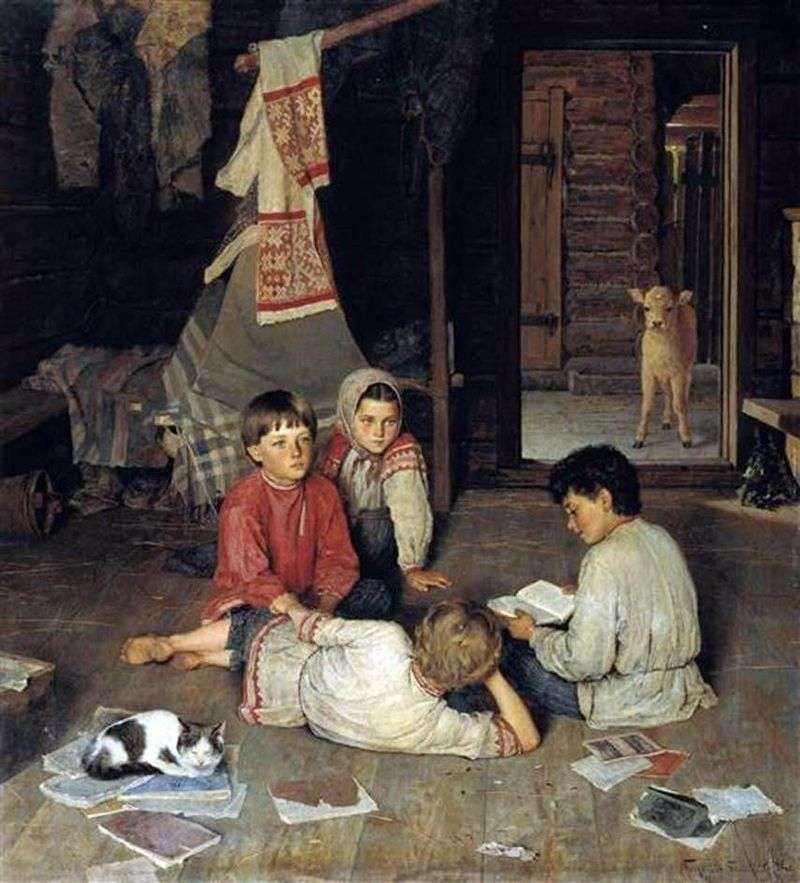 The famous Russian artist Nikolai Bogdanov-Belsky was born and raised in the village; love for rural nature and people, he carried in his heart through his whole life.

The teacher of this wonderful painter was Ilya Repin himself, he saw this love in a young man and was able to help her splash out onto the canvas with a bewitching play of colors.

The painting “A New Tale” was written by Bogdanov-Belsky in the first years of his independent career after graduating from the Moscow Art College. On this canvas, the artist painted children who read the book with great interest. Around them is quite a poor environment, they themselves are dressed in equal clothes, but on their faces there is a great interest in reading.

The artist paid much attention to the faces of the children, carefully depicting their smallest details. The situation in the picture is calm and serene in the country, the colors are juicy, but not excessive, you can see the love and affection that the artist wanted to convey to the audience.

Apparently, this truthfulness of depicting the life of the common people and became the reason for political disagreements with the Soviet government – Nikolai Bogdanov-Belsky was forced to emigrate with his entire family from Soviet Russia. But even abroad, the artist remains true to the call of his heart and continues to paint pictures on the life of the Russian peasantry.