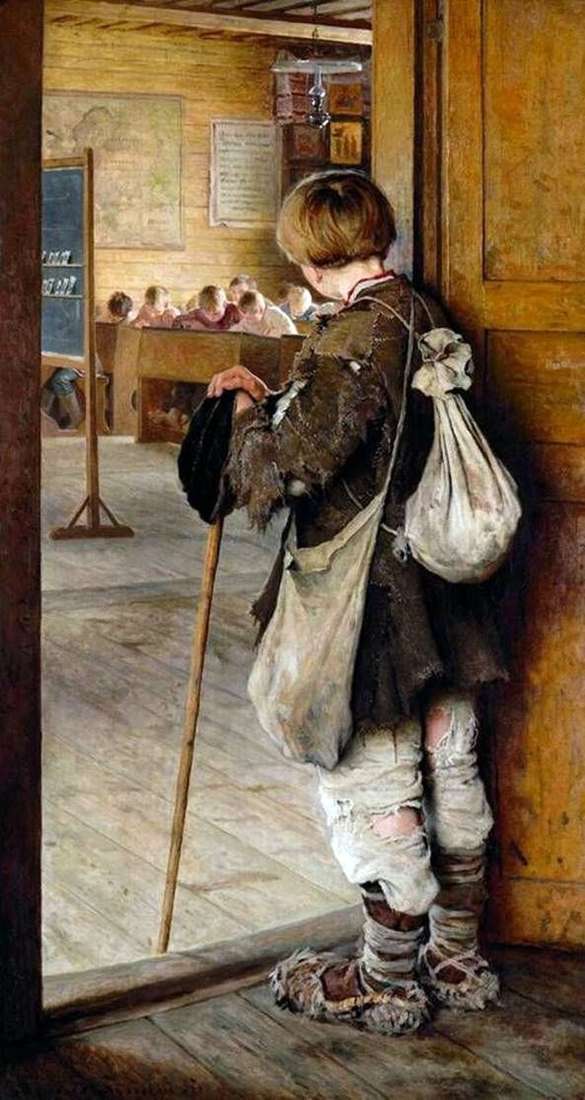 “At the door of the school” – a picture of the artist-wanderer Nikolai Petrovich Bogdanov-Belsky, written by him in 1897, now adorns the State Russian Museum in St. Petersburg.

She refers to a series of works by the artist dedicated to the national school of SA Rachinsky, in which Bogdanov-Belsky was lucky to learn himself.

On this canvas, Nikolai Petrovich depicted a boy in rags, who does not dare enter the classroom where his peers sit. This image reflected all the respect of the common man before knowledge, which was often not available to him.

The picture for Nicholas Petrovich also had an autobiographical overtones. Just as hesitantly on the threshold of a rural school, he once stood, himself, the illegitimate son of a poor farm laborer, unsure of whether they would let him in if they even noticed his presence.

Is the boy lucky? Probably, yes, as the prototype of the hero served for the author of the picture himself. So Bogdanov-Belsky after the village school, where his talent was noticed, was accepted into the Imperial Academy of Arts. Here he learned the subtleties of fine art from Repin himself.

On this canvas, the artist’s own faith is reflected, too, that the talents hidden in the simple Russian people will soon be seen by people who are educated and indifferent to his fate, such as his first teacher, Professor SA Rachinsky.