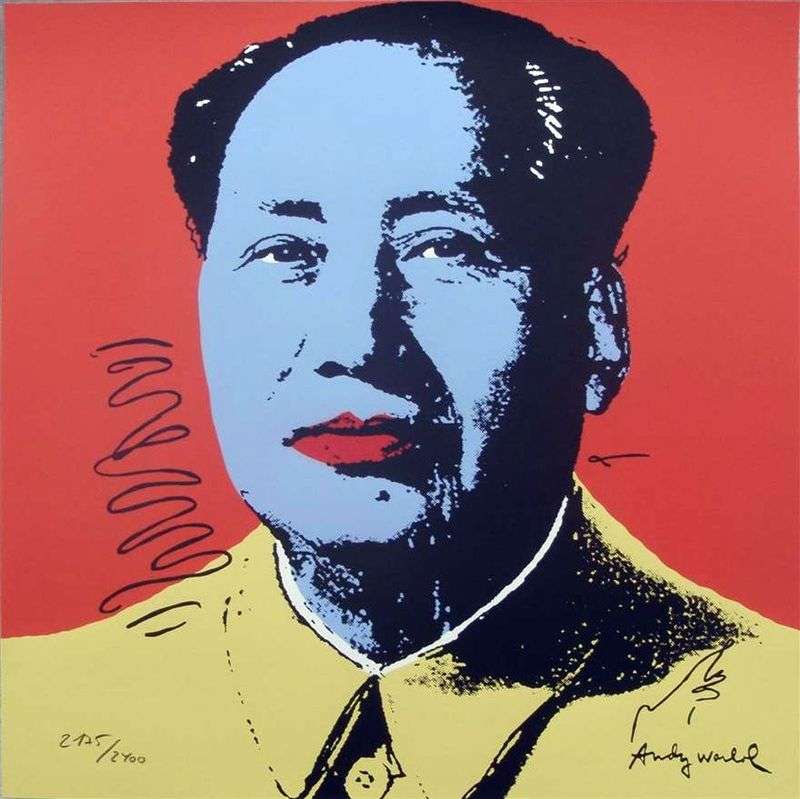 Portrait “Mao” – one of a series of similar paintings by Warhol, which are in private collections. Artwork created in 1972 after a visit to China, US President Richard Nixon. Warhol executed a series of Chinese leader of images that differ in size, light and color palette. Exhibiting the picture is a painting about the size of two and a half meters, formed by screen printing.

Work “Mao” has opened a series of images of celebrities, written by Warhol in the 70s of the last century, including Marilyn Monroe, Elizabeth Taylor, Elvis Presley, Vladimir Lenin, Richard Nixon and others.

Mao Warhol image bears little resemblance to the usual formal portraits of Chinese leader and ideologist. That is why a few years ago the Chinese authorities to prevent the exposure of these paintings at the exhibition of works by Warhol in China.

Before the auction, the picture will visit Hong Kong, and then will be presented in London and New York.

By the way, portraits of Mao – not simply one of the most recognizable works of Andy, they are exposed more often to the highest bidder. Only in 2013 auctions Christie’s and Sotheby sold sixteen images of the Great Helmsman. Moreover, prices for paintings ranged from 30 thousand to $ 6.3 million, depending on the size canvases used materials and technologies of their creation.

Warhol paintings are still considered controversial in China. At the end of 2012, an exhibition comprising of ten paintings, was generally prohibited by the Chinese government. Retrospective exhibition “Andy Warhol: 15 minutes of eternity” was exhibited in Shanghai and Beijing, however, Mao’s portraits were never posted.