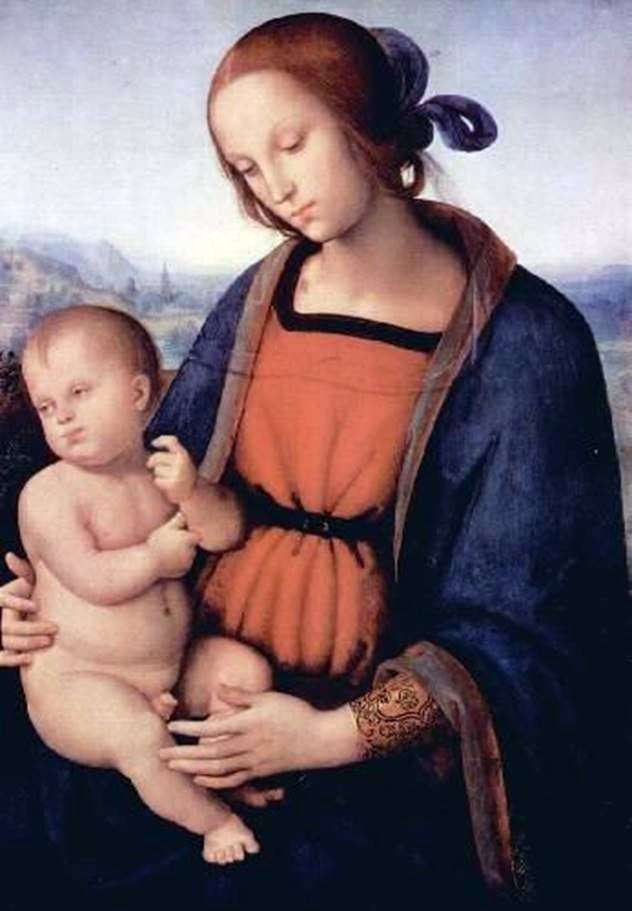 One of his favorite themes was Madonna and Child. In these small compositions, the harmonic basis of his talent and features of style based on the generalized interpretation of smoothly round masses and silhouettes, foreshadowing the style of High Renaissance, are especially fully revealed. At the same time, Perugino develops a certain stereotype of the appearance and state of mind of his meek heroines.

No wonder his contemporaries reproached him for the fact that all his characters had the same facial expression. On this basis, a quarrel between Perugino and Michelangelo, described by his contemporaries, ended in legal proceedings. From the beginning of the 16th century, Perugino was pushed into the background of the master of the High Renaissance, although he continued to work in the province until his death.