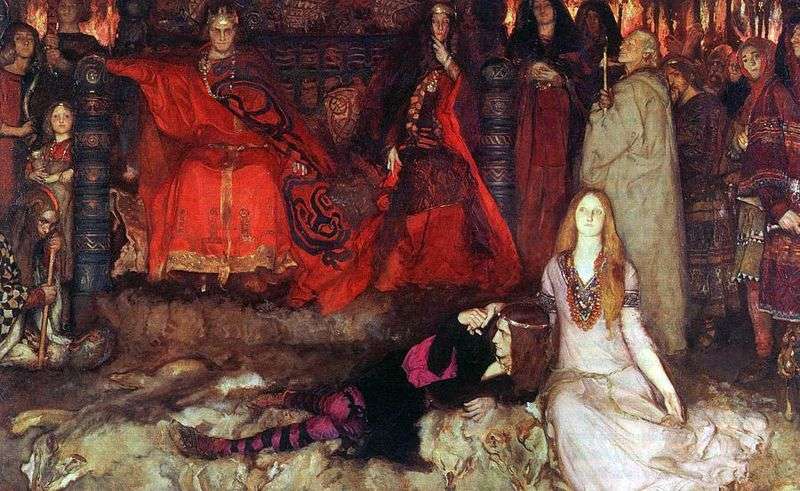 This is the longest play of Shakespeare – it has 4042 lines and 29 551 words. The tragedy is based on the legend of the Danish ruler named Amletus. As the researchers believe, the plot of the play is borrowed by Shakespeare from the play of Thomas Kid. The most probable date of compositions and the first production is 1600-01. The first performer of the title role is Richard Burbage; Shakespeare played the shadow of Hamlet’s father.