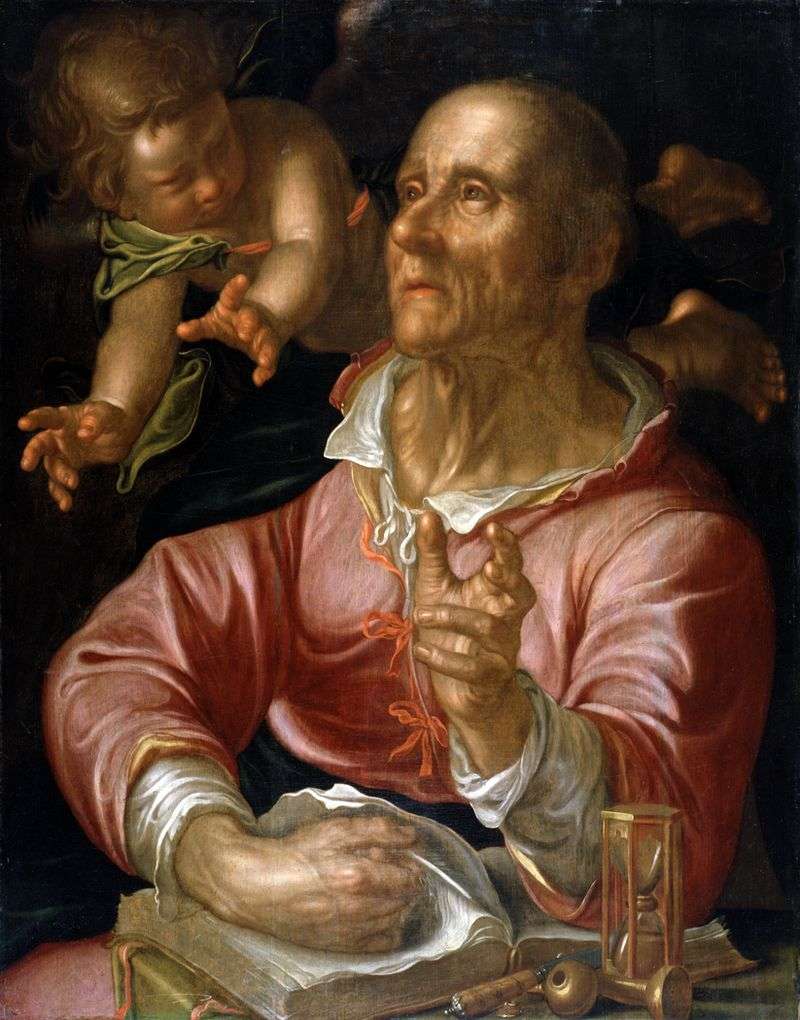 Picture of the Dutch artist Joachim Eytewal “Evangelist Matthew.” The size of the picture is 79 x 62 cm, canvas, oil. The Apostle Matthew, the author of the first canonical gospel. Among the twelve apostles, Matthew was called from the post of publican, that is, the collector of duties, the most humiliating position for the Jew. At first he bore the name of Levi, but afterwards he was constantly called Matthew. According to the testimony of Clement of Alexandria, Irenaeus, Eusebius, etc., Matthew for 15 years preached to the Jews in Ierusalim for the ascension, and then went to preach the sermon to other nations – Ethiopians, Macedonians, Persians.

According to legend, Matthew suffered a martyr’s death. His memory is honored on November 16th. The “Gospel of Matthew” known under his name is one of the oldest and least contested by criticism. According to Papias, Matthew wrote his Gospel in Hebrew, which is confirmed by other ancient writers, for example, Origen and Jerome. Despite these clear evidence of antiquity, many later writers and critics tried to prove that the Gospel of Matthew was originally written in Greek. Many Jewish researchers, such as Eichhorn, Olsgausen, Gerike, Baur, Delitzsch, etc., have expressed their opinion in favor of the Jewish original, although not a single Jewish copy survived.

It is believed that the translation bears traces of literary processing, since in the now known Gospel of Matthew, the events are not presented with the sequence of the direct eyewitness, but according to a known intentional plan. The gospel was meant for Jews who converted to Christianity; therefore, Jewish customs and the topography of Palestine are left without explanation. So, talking about the custom of the Pharisees to wash their hands, Matthew directly assumes his famous readers, while Mark, writing for Christians from the Gentiles, in a parallel case gives an explanation of this custom.

The timing of Matthew is Jewish; the goal of the gospel is to prove that Jesus was the promised Messiah. The most events of the Gospel history are portrayed as the fulfillment of ancient prophecies, as a result of which Matthew constantly meets the phrase: “All this happened, so that the prophets predicted it was fulfilled.” The Gospel of Matthew consists of three main departments: the first contains the story of the origin of Christ and his initial sermon, the second – His ministry in Galilee, the third – the ministry in Judea, which ended in resurrection and ascension to heaven. At the time of its writing, this is the earliest of all four canonical gospels and was written shortly after the ascension of Christ, at least until the destruction of Jerusalem. Article source: Encyclopaedic dictionary of F. Brockhaus and I. Efron