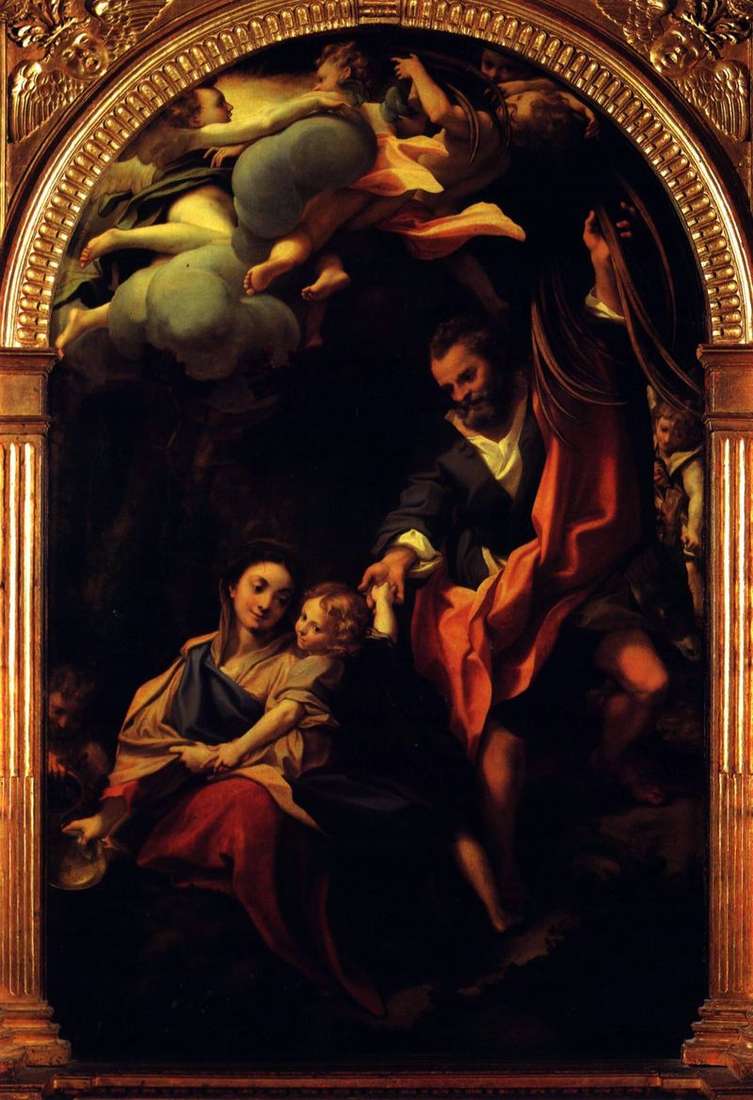 The altar images presented here refer to the mature period of creativity Korregio. Both of them testify to the “mannerization” of the master’s style, manifested in the use of bright colors, complex poses of characters and the bulk of their figures.

The altarpiece “Madonna with a basket” illustrates the scene of the return of the Holy Family from Egypt, described in the apocryphal Gospels. The date palm bent over Joseph, the Virgin Mary and Jesus, offering them their fruits. The composition “Madonna with St. George” is built more traditionally.

The Madonna is shown here seated on a throne surrounded by saints. However, the characters’ images are solved in a style that is far from the style accepted in the art of the Renaissance. So, John the Baptist is shown not by a mature husband, exhausted fasting, but by the cheerful, pompous health of the young men. Playful putti, playing with the weapons of St. George, also seem to have migrated to the altar image from a picture of mythological content.