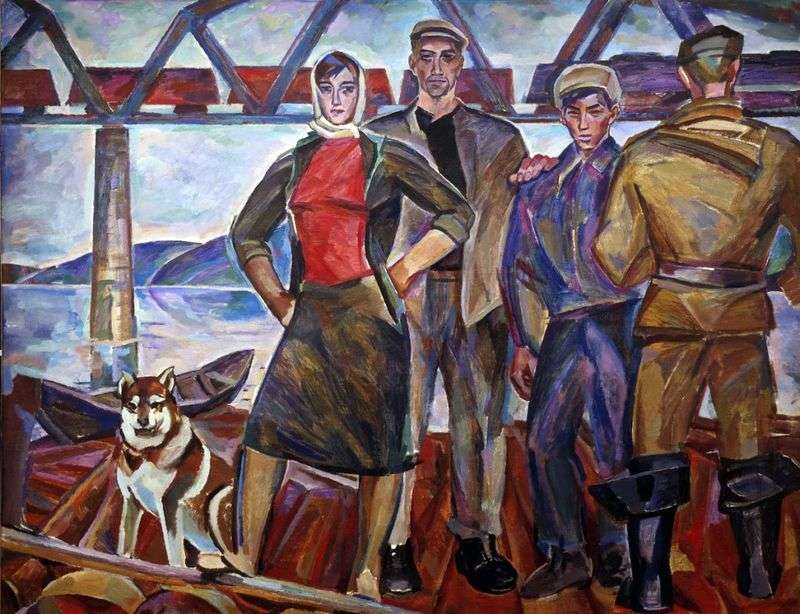 NI Andronov – one of the representatives of the “severe style” in Soviet painting, emerged as a reaction to official socialist realism. Andronov turns workers into a “type”: the individuality of their images disappears, masculinity and reliability, typical for all, appear.

Depriving the heroes of individuality, the artist does not set a task and penetration into their psychology. More precisely, it fixes only one of its facets – masculinity and readiness for creative work – and fixes it for its “typical” characters.

Mean gestures do not unite the characters, they do not communicate with each other, only the hand of one of them, lying on the shoulder of the other, speaks not only about a simple acquaintance, but also about friendship. The plastic expressiveness of the picture conveys the emotional essence of this scene.

Bright local colors, simplicity and clarity of the composition indicate the straightforwardness of the characters of the models depicted. The powerful painting and monumentality of the composition testify to the great social significance of the occupations of these young workers contributing to the development of the country.