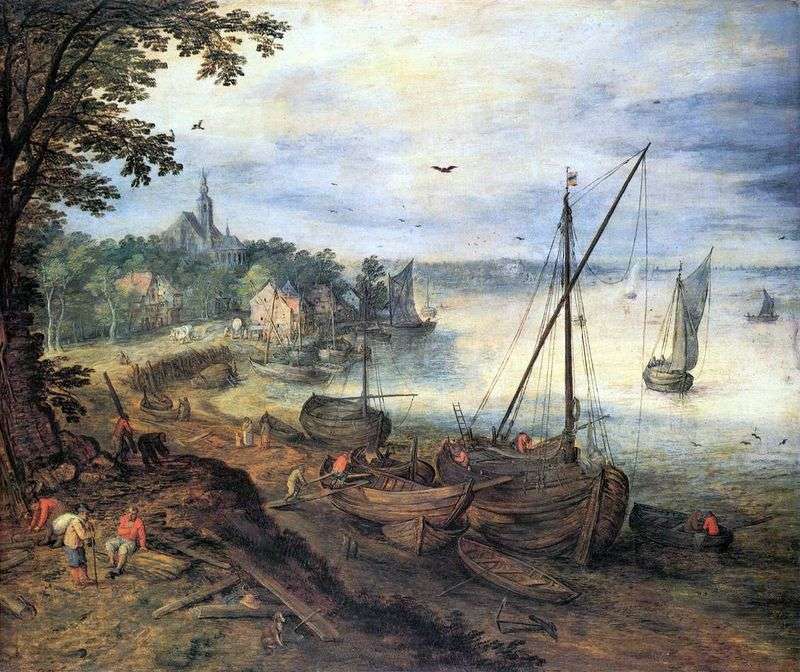 In the old days it was customary to inherit the business of parents, especially creative professions. Famous dynasties of artists, sculptors, composers. The Brueghel dynasty is one of the greatest in the history of painting. Usually in such families the main figure rises above all: for example, in the genus Bachov – Johann Sebastian, and in the Bruegel family – Peter Brueghel the Elder. Jan Bruegel the Elder received the nickname “Velvet” in view of the special color of his painting. Ironically, the Dresden Gallery stores five paintings of the master, but there is no work neither the head of the dynasty, nor its other representatives. This is explained to some extent by the fact that, although Jan was inferior to his father’s talent, his official status was higher – he was the court artist of the Archduke Albert.

Consequently, the master’s works were kept in the royal apartments, from where they were easier to get to other august meetings. Jan Bruegel the Elder wrote in different genres – landscapes, still lifes, small-figure paintings on biblical, mythological and allegorical themes.

The presented picture is one of the examples of his landscape painting. The work clearly demonstrates the genetic connection of Jan Bruegel’s painting with the art of his father. Involuntarily, a comparison with the painting by Peter Bruegel “Landscape with the Fall of Icarus”, written 50 years before this work, suggests itself. They are built in a similar way: the wavy line of the sea-land border separates the compositions into two parts.

In both cases, a high point has been chosen, from which a landscape filled with genre scenes is being written, this allows a wide spreading of the perspective. On this similarity, perhaps, ends: the picture of the father is full of dramatic heat, while the son is just a landscape. And the difference is not in the plot, but in psychology: the art of the father reflects his restless spirit, whereas the son is conflict-free in character.